‘If we lose a single nurse, it’s a panic’ 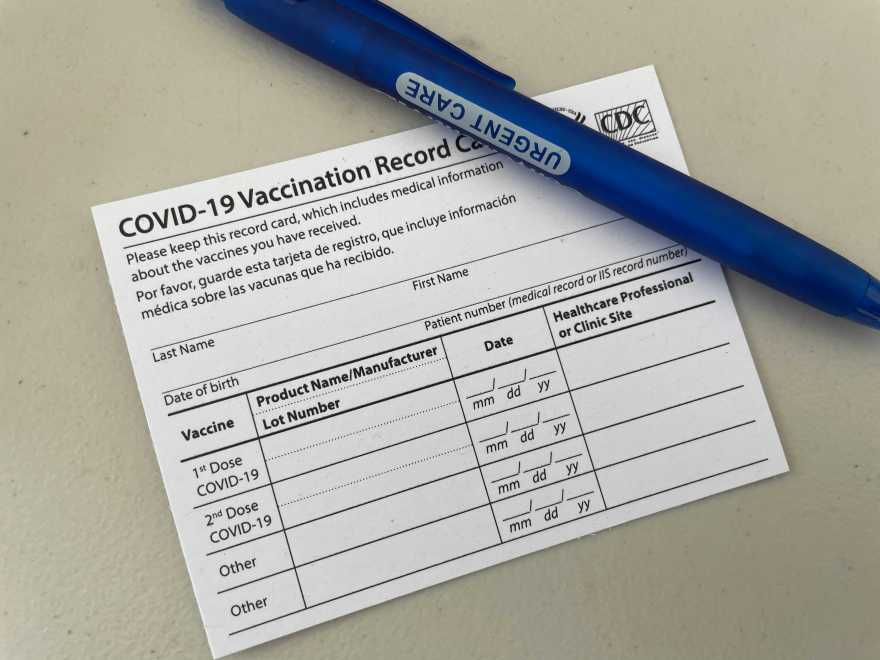 While many New Hampshire employers are still processing new vaccine requirements announced by the Biden administration Sept. 9, a federal mandate for nursing homes was announced a month ago.

Facilities across the state anticipate losing staff when the mandate goes into effect, but just how large the impact will be on an industry already experiencing staffing shortages remains to be seen. Around 78 percent of long-term care facility staff are vaccinated in New Hampshire, according to data from the Centers for Medicare and Medicaid Services, but rates vary from facility to facility.

While nursing homes wait for more details about the mandate, only a few had chosen to implement their own before the federal directive.

“If we lose a single nurse, it’s a panic,” Irwin said.

With the mandate looming, Irwin feels he’s in an impossible situation. He’s a strong proponent of Covid vaccines and understands why they’re needed. But he says he’s unable to consider the mandate as merely a matter of policy.

Some staff at Hillsborough House already work 70 hours a week to fill empty shifts, Irwin said. The nursing home is already operating below its capacity.

Irwin also feels there’s some hypocrisy in the mandate, pointing out that unvaccinated family members can take residents out to eat in a restaurant unmasked.

But staff vaccination mandates are commonplace across the healthcare system. Staff work with some of the state’s most vulnerable residents and personnel are routinely required to be vaccinated against diseases like measles and mumps.

Nationwide, about six in 10 Americans support vaccine mandates for hospital or other healthcare workers, according to recent polling from the Associated Press-NORC Center for Public Affairs Research.

Like Irwin, he expects he may lose a few staff to the mandate, but he’s more confident about maintaining his workforce. Since the Biden administration announced plans for the mandate, nearly 50 percent of his unvaccinated staff decided to get the vaccine.

Shelley Richardson, administrator of Belknap County Nursing Home, said while she’s been thinking a lot about staffing concerns, those worries have decreased over the past week. Almost one-third of her workforce is unvaccinated.

When the mandate was first announced on Aug. 18, she worried it could drive staff who didn’t want to be vaccinated “out of nursing homes and into other healthcare jobs.”

But following the announcement for more widespread vaccination requirements across the healthcare system and for some private employers, the mandate will be harder to avoid.

While some staff seem like they might leave, Richardson said that, ultimately, “we don’t have any idea right now of who will hold true to their commitment of not getting vaccinated.”

Replacing staff who may leave is difficult right now, as employers across sectors compete for new hires. And wages are often low in long-term care facilities. Richardson says prospective hires have frequently told her they make more money working jobs at companies like 7-Eleven.

Starting this week, pay for some of her staff is increasing by $200 a week. The money is coming from federal funding through the American Rescue Plan. Richardson says that money brings wages up to a more competitive level for the region.

Merrimack County Nursing Home could serve as a bellwether for administrators like Irwin, Estee and Richardson. The facility implemented a vaccine mandate over a month ago. Including exemptions, the facility projects staff vaccination rates will hit 97 percent once everyone reaches full vaccination.

It’s a significant increase from the facility’s rates prior to the mandate, which were at 64 percent. Twelve total workers, around 3 percent of staff, left because of the mandate. Ultimately, the facility’s administrator, Matt Lagos, says he felt implementing the mandate was critical to protecting residents and staff from the virus.

Genesis HealthCare, which has nearly two dozen facilities in New Hampshire, also implemented a mandate that went into effect Aug. 23.

In a statement to NHPR, the company says “we met our deadline of 100% vaccinated staff, as promised – excluding the small number of individuals who received medical or religious exemptions.”

Genesis did not respond to a request for comment on how many staff had left the company or been terminated because of the mandate but did say they “had some employees who were not willing to comply with the policy.” The company emphasized that the mandate has been well received among residents, patients and their families and says Covid rates have already declined since the policy was implemented.