The state has sued the makers and distributors of opioids. Now state and federal law enforcement leaders are targeting three other players in an opioid drug epidemic that killed nearly 360 in 2021: the three largest pharmacy chains that distributed the medication, physicians who overprescribed it, and pharmacists who filled suspiciously large prescriptions.

History suggests victory won’t come easily. When prior lawsuits against drug makers and pharmacies have prevailed, it’s been after a lengthy and costly legal battle. And a recent U.S. Supreme Court decision sets a high bar for convicting physicians. 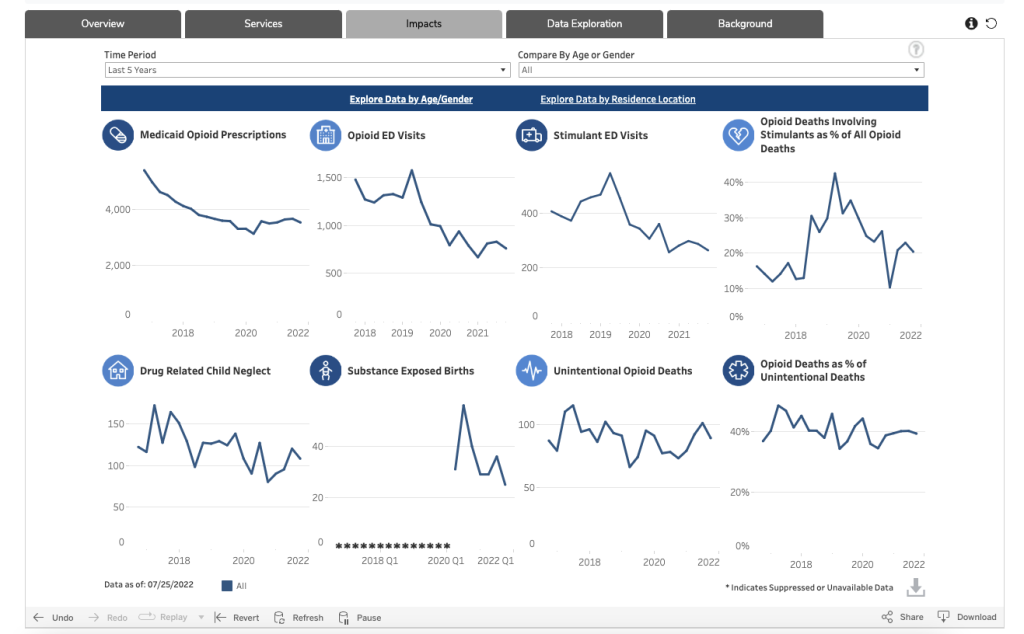 In 2015, New Hampshire was second in the nation for all drug overdose deaths, behind West Virginia. That year it was first, however, for fentanyl-related deaths per capita. Fentanyl is an opioid between 50 and 100 times stronger than heroin that is often mixed into other drugs, unbeknownst to the user.

The drug epidemic has hit the state hard. It’s particularly a concern for people ages 18 to 34.

Unintentional opioid deaths in New Hampshire had been dropping since they hit 424, in 2017, 357 in 2020, and approximately 360 in 2021, according to the Department of Health and Human Services’ data portal.

Between October and December 2021, the most recent data available, 74 percent of those unintentional deaths were among people 18 to 34, according to the portal. It was 40 percent for all ages.

The state’s lawsuit against CVS, Walgreens and Rite Aid, filed in July, links the state’s opioid death epidemic to the pharmacy chains’ alleged practices in two ways. It alleges they filled and failed to report suspiciously large quantities of pills at their New Hampshire locations.

“By flooding New Hampshire with more opioids than could be used for legitimate medical purposes, by filling and failing to report orders that they knew or should have realized were likely being diverted for illicit uses, and by failing to maintain effective controls against diversion from their retail stores, defendants breached that duty,” the lawsuit states. “As a result, they created and failed to prevent a foreseeable risk of harm.”

This lawsuit follows two previous filings the state brought against opioid manufacturers and distributors. In one victory, the state won nearly $115 million, to be paid out over 18 years. The first $4.9 million payment arrived in June. A second case against Johnson & Johnson is scheduled for trial in September.

Opioids are safe when used for a short time and prescribed by a doctor, according to the National Institute on Drug Abuse. Dangers of drug overdose increase when users turn to street opioids like heroin and fentanyl and physicians overprescribe.

He gave two reasons: The state is looking to medical licensing boards and the new federal opioid prescription “strike team” to police that issue. And, he said, the department sees prescribers more as victims than culprits.

“The industry was promoting this concept amongst doctors that these drugs are safe,” Boffetti said. “They peddled that, and they spent a lot of money doing it. And they were massively effective.”

‘Number of avenues’ to pursue’

Opioid prescriptions have been dropping in recent years in New Hampshire.

The New England Prescription Opioid Strike Force will focus on physicians writing illegal opioid prescriptions and physicians who fill them in New Hampshire, Maine, and Vermont. In announcing the new initiative, U.S. Assistant Attorney General Kenneth Polite Jr. described unlawful prescriptions and improper dispensing of opioids as a “root cause” of a national spike in opioid overdose deaths.

Asked how the team will identify and monitor illegal prescriptions, New Hampshire’s U.S. Attorney Jane Young said: “There are a number of avenues investigators can pursue. All avenues will be pursued.” Among those avenues will be data from the drug fraud units, she said.

Once over-prescribers are identified, convicting them could be a challenge.

Jay McCormack, first assistant in the office, said the team will focus on physicians and pharmacists who “grossly” overprescribe and fill prescriptions. But the number of pills prescribed will not be enough for a conviction.

Prosecutors must also be able to show the physicians knew their prescriptions violated state and federal drug laws. That’s a high bar.

McCormack pointed to a June U.S. Supreme Court ruling in which the court sided with two doctors who had been convicted of misusing their licenses for thousands of prescriptions. In one case, the prosecutors alleged the physician and a partner ran a clinic in Alabama that issued nearly 300,000 controlled-substance prescriptions from 2011 to 2015.

To prevail, prosecutors had to show “the doctor’s actions were either not for a legitimate medical purpose or were outside the usual course of professional medical practice.” In a 9-0 ruling, the justices found prosecutors had not.

Harder to measure, Boffetti said, is how many people who became addicted while on prescribed opioids have turned to street drugs when they could not get another prescription.

The lawsuit seeks a court order requiring the chains to develop better safety-monitoring systems that identify and alert authorities to suspicious drug shipments and prescriptions. It also seeks an unspecified sum that Boffetti said the state will use to address opioid addiction.

The lawsuit alleges CVS, Rite Aid and Walgreens purchased and shipped more opioid medication to their New Hampshire stores than could be properly dispensed. The lawsuit alleges the Rochester Walgreens purchased 7.6 million oxycodone and hydrocodone pills, 10.5 times the state average. It alleges a Keene CVS and Colebrook Rite Aid purchased 6.4 times and 4.4 times the state average, respectively. And the state argues the three chains pressured their pharmacists to fill prescriptions quickly.

“(The pills) were just going out the door as fast as they could, and they made massive profits,” Boffetti said.

Overdose deaths are not the only measure, Boffetti said.

The lawsuit also ties increases in child neglect and abuse cases to the opioid epidemic. It claims that diseases linked to intravenous drug use are similarly connected. In late 2021, the most recent data available, Health and Human Services reported 108 child abuse and neglect cases related to all drug use, not only opioid use. Twenty-five babies suffered substance abuse exposure at birth in late 2021, according to the department, a sharp drop from 56 in the summer of 2020.

“We see that it is not just the person who’s directly addicted, but it’s the people around them who suffer the consequences,” he said.