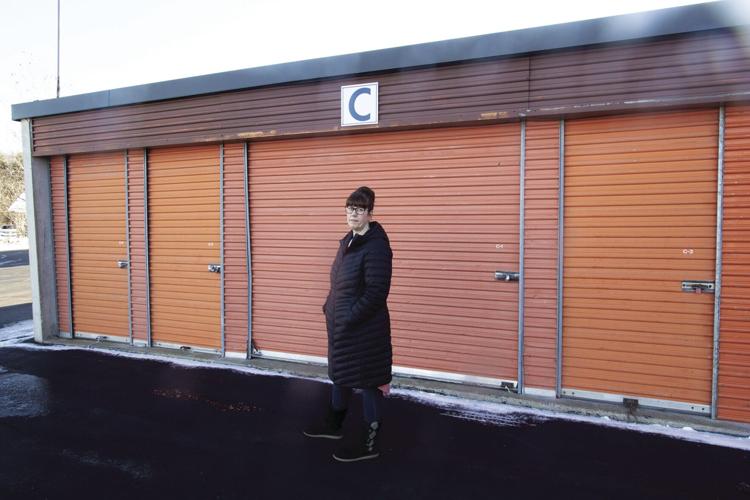 Stuff. Everyone’s got it — some more than others — and if national statistics are to be believed, Americans have more of it than ever before. What we do with that stuff and where we keep it is now big business in the Lakes Region.

Prior to the 1980s, there were no self-storage businesses to speak of in New Hampshire. Just four decades later, a search of the Secretary of State’s Office for businesses with the word “storage” in the name yields nearly 1,400 records.

Apparently, it all started with Dick Letendre, who founded Gilford Self Storage a few years after a fateful visit to Arizona. At the time, Letendre was working for Velcro, trying to find warehouse space for the company.

“First [storage units] I saw was back in 1978,” Letendre recalled during a phone interview from his Florida home. “I said, ‘What the heck are they building?’ I saw these units and I talked to ‘em and that was the first idea I had to sell storage.”

After retiring from Velcro, Letendre returned to Gilford with his new business venture top of mind.

“He came back up here and wanted to do it,” said Gilford Self Storage district manager Melissa Aube-French. “The banks thought he was crazy.”

But not every bank shied away from Letendre’s ambitions.

“Laconia Savings was the first bank that ever financed a self-storage facility back in 1983,” Letendre said. “We had to educate the people. You had to educate them. Coax them into it. Back in ’83, you tried to throw an image by shocking ‘em. That’s why we did orange doors.”

To this day, the orange doors still stand at the Gilford property. Although a lot has changed in 40 years, the keystone to the area’s storage business remains the same: Lake Winnipesaukee.

“There’s a need for it,” said Donald Demers, who founded Runway Storage near the Laconia Municipal Airport in December 2022. “I believe it’s a lot of people moving to the area, and the lakes are reinforcing the need for storage, also, along with the age group.”

That age group is the 50- to 65-year-olds; folks who finally have enough money (or credit) to buy big toys and take full advantage of living in the Lakes Region.

“It’s not younger people coming off the street,” Aube-French said. “It’s a middle-aged family with a decent income. We keep putting buildings up. We put one up every spring.”

When Aube-French does encounter younger people in her business, it’s not often under the best of circumstances.

“A lot of the times when I’m renting to someone [younger], they’ve been evicted,” Aube-French said.

As housing becomes increasingly scarce and unaffordable, such encounters become regular for the storage business.

Housing prices in the region have skyrocketed, with more affordably priced properties sitting at over $350,000. According to the 2020 census, Laconia’s median household income is $55,814 and its poverty rate is at 11.2%.

“Pretty much every week, I’ll have someone come in and say, ‘I lost my housing because my landlord decided that he wants to sell,’” Aube-French said, adding that many move in with family to stay in the area. “There’s an influx of that type of stuff going on. There’s just nowhere to live.”

Aube-French has been with the company 19 years, and through those nearly two decades, she’s seen a lot of changes.

“During Covid we had a waiting list – pages and pages. It was crazy,” she recalled. “That has died off. Now that the economy is getting less stable, we have availability. Not a ton, but some.”

That Covid-era waitlist was spawned by a third but smaller demographic: out-of-staters. The remote work revolution sparked by the pandemic ushered in a nationwide exodus of workers to more rural areas like the Lakes Region. Why work in a big, crowded city when most of your job can be done from a laptop?

“The younger families and people are the ones that are moving, storing furniture and space like that, personal belongings, we get some of those,” Demers said.

Such migratory patterns may have increased the tax base in rural areas, but it comes at a price. For those who can’t afford to live in the Lakes Region, storage is the first step on their journey to cheaper pastures.

“The other thing we hear is ‘I’ve decided to sell my house,’ ‘I’m gonna move to Florida,’ or ‘I’m gonna move to North Carolina where it’s cheaper to live,’” Aube-French said. “They’ve sold their house or they’re consolidating, or they’re building up here, but the housing market is crazy.”

No matter how unstable or unfair the housing market gets, the lake’s demand for boats, kayaks, motorcycles and other recreational toys, and the draw of people who can afford such trinkets, is likely to remain the foundation of the local storage industry.

“If it wasn’t for the lakes, there would be a lot less need for storage,” Demers said.