Claira Monier to be honored for lifetime achievement by BIA 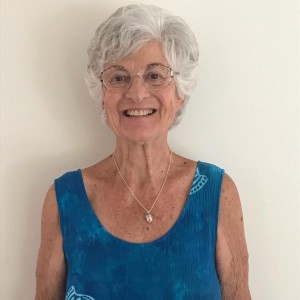 Claira Monier knows all too well about New Hampshire’s chronic shortage of housing for moderate- and lower-income residents.

She led the New Hampshire Housing Finance Authority as executive director from 1988 to 2007, giving her a front-row seat to an unfolding challenge that became a crisis. The lack of affordable workforce housing has become perhaps the biggest challenge for employers struggling to staff their operations. The lack of workers threatens the success of these employers and the state’s economy.

“I see a slight improvement, but it’s still the major issue in the state,” she said.

Monier’s 20-year effort to increase housing for those with moderate to low incomes is being honored by the Business and Industry Association, which will present her with the prestigious Lifetime Achievement Award at its 108th Annual Dinner and Awards Celebration on Oct. 20.

In a 2007 interview with NH Business Review, when asked what was causing the shortage of workforce housing, Monier said “In my mind, it is restrictions at the local level. It came about in the ’80s when we saw this massive migration of population here in New Hampshire because of our economic growth. The towns, in response, said, ‘We don’t want any more growth. We don’t want it to happen that fast. Let’s put land use restriction in place.’ And I think that’s been a major factor in inhibiting the growth of the housing market.”

“They know the need for housing; they just want it to happen somewhere else,” Monier said of local land-use board members. “NIMBY is very alive and well.”

Monier, 80, has seen her native state change a great deal. She grew up in Bedford, then a farming town, in what she says was basically an immigrant family. Her father was Italian and her mother was from Poland. She left high school in 1956 at age 16 to earn $1 an hour working in the mills to help support her family. Girls, she says, went to work in the mills in those days.

She ended up finishing high school and became a teacher after graduating from Plymouth Teachers College. She focused on high school social studies, history and government. She went on to earn her master’s in urban geography at Clark University and later taught urban geography and urban planning at St. Anselm College.

“That helped me understand some of the problems here,” she said. “And knowing the politics in New Hampshire helped me get things done too.”

Monier cited the Legislature’s creation of a state-level Housing Appeals Board in 2019 as a recent positive change. The board gives housing developers a quicker, less expensive way to appeal zoning board decisions that inappropriately reject projects than having to go to court.

“I think that was a major legislative accomplishment,” she said. “The basic problem is still at the local level. A developer is going to give up eventually. Many times, people who serve on planning and zoning boards don’t want their town, their community to change. Change in any form can be a bit discouraging when it affects land use.”

So Monier raised awareness of the need for a variety of housing. She lists innovative types of housing among her major accomplishments and under her tenure New Hampshire Housing supported over 400 multi-family housing projects. She believes affordable housing should be combined with social services. “When you look at homelessness,” she said, “it’s not just about lack of appropriate housing but the lack of social services. They do go together.”

A Goffstown resident, Monier still volunteers with multiple organizations. She just finished a term on New Hampshire’s Residential Ratepayers Advisory Board. She is program chair of the Manchester Rotary Club, serves on Breathe NH’s board and the Amoskeag Industries b board of directors.

Her state’s aging demographics are not lost on her and add urgency to diversifying New Hampshire’s housing stock.

“We have one of highest percentage of people over 65 in the country, along with Vermont and Maine,” she said. “We’re really like a giant retirement community, even more than Florida. We really need young people to move here and stay here after college, but we need to give them housing they can afford.

“If you want a stable community you have to have home ownership. That will foster community harmony. You’re going to see some attitudes change when people want to be near their children and grandchildren.”

Monier believes the business community now realizes it must partner with state agencies and nonprofits to create enough new affordable housing to meet employers’ need for workers. She stresses “it’s really the only way we’re going to get ahead,” and adds that partnership must include government funding assistance.

Monier sees more manufactured housing as a key piece of the puzzle, noting it no longer has the stigma it used to have. Higher-density, clustered housing also can help balance the home market while preserving green space.

She sees great gains through mixed-use, in-fill development, particularly adding residences at strip malls with commercial on the first floor and housing on upper floors.

To obtain tickets for the BIA’s Annual Dinner and Awards Celebration, visit BIAofNH.com/events