Housing appeals board wins a round in NH Senate

But future of legislation remains uncertain

The New Hampshire Senate last week passed a measure that would set up a state housing appeals board – a top priority of Realtors, developers, builders and workforce housing advocates, but the bill has to be reviewed by the Senate Finance Committee first. 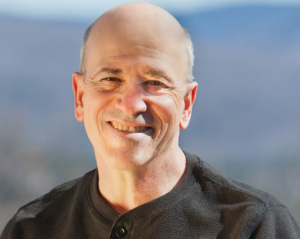 ‘There are a lot of misrepresentations about this bill,’ says NH Sen. Bob Giuda, sponsor of a measure establishing a state housing appeals board.

Under Senate Bill 306, a three-person appeals board, an administrative alternative to Superior Court, would be established. Proponents say judicial appeals take so long that hey can kill a project, even if the developer eventually gets a favorable ruling.

Each time it has come up before, the legislation has met the objections of the New Hampshire Municipal Association, which has argued that a housing appeals board would overrule local control.

Some of those arguments were still heard on the Senate floor.

“If we allow them to question every single decision that doesn’t go their way – and they will – it would put the towns on a much lower footing,” said Sen. Jeanne Dietsch, D-Peterborough. “This is going to cost towns a lot of money.”

But the bill’s prime sponsor, Sen. Bob Giuda, R-Warren, discounted such arguments, noting that any decision could still be appealed to Superior Court. “There are a lot of misrepresentations about this bill that it takes away local control. That’s an abject lie. It’s an alternative process from being dragged thought the court to create a disincentive for workforce housing.”

Workforce housing is necessary “for local business to come and expand,” but the cost of housing is prohibitive, Giuda said. And one of the reasons is “intransigence of certain local political bodies.”

The bill might “open the door to more expensive housing. It’s a question of going forward to accomplish what we want it to accomplish. I find myself torn about which way to vote,” said Fuller Clark

It was unclear which way she did vote. A voice vote was taken on the bill, and though Senate President Donna Soucy, D-Manchester, ruled that it passed, the volume produced on each sides were very close. The bill will next go to the Finance Committee before it returns to the full Senate, its future uncertain.