The New Hampshire House on Wednesday approved the Senate’s mandatory paid family and medical leave insurance program without amendment, which means it is headed to Gov. Chris Sununu’s desk. 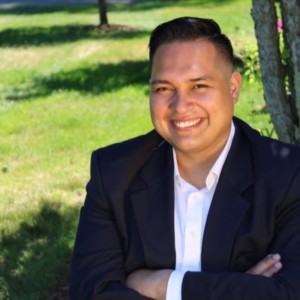 ‘Workers shouldn’t have to choose between their job or a loved one,’ says Rep. Manny Espitia, D-Nashua

Sununu, who favors a voluntary program, has said he will veto the measure, and neither the House nor Senate has yet to muster enough votes to override one.

Meanwhile, Sununu is pushing ahead with a voluntary program with Vermont for state employees of both states, with the option of local businesses and individuals signing on at a higher cost. But that plan requires legislative approval as well as buy-in from the state employee unions, neither of which seems likely.

Last week, seven companies responded to the state’s request for information about a voluntary Twin State plan, with some giving preliminary premium estimates that were higher per worker than Legislature’s newly passed plan.

Senate Bill 1, approved on a 219-142 vote, would deduct a 0.5 percent from all private employees’ paychecks to fund an insurance program that would pay them 60 percent of their salary for up to 12 weeks to take care of themselves or a family member. The program would be administered by the Department of Employment Security, but parts of it could be bid out to a third party administrator. Employers would not have to contribute to it unless they choose to do so, or they could offer an equivalent program of their own.

“Workers shouldn’t have to choose between their job or a loved one,” said Rep. Manny Espitia, D-Nashua. “It is a moral issue.”

It is also an economic issue. Massachusetts already has such a program, and given the political make-up, Maine and Vermont are likely to follow suit. “This kind of benefit helps keep younger people in New Hampshire,” said Rep. Timothy Soucy, D-Concord.

Opponents, however, question the program’s cost.

The state would have to front some $26 million, plus about $6.5 million a year in operating costs. Premiums are supposed to pay that back in five years, but opponents are clearly skeptical.

Rep. Jonathan Mackie, R-Meredith, said that it would take a worker 29 years worth of premiums to pay for 12 weeks of benefits (assuming every worker took his or her full 12 weeks of benefits.) The bill does give the DES commissioner power to adjust the premium or the benefit by 10 percent every quarter, but Republicans argued that would give an unelected official the power to raise an “income tax.” They also predicted costs would skyrocket.

But Brian Sullivan, D-Grantham, pointed out that premiums of similar programs in other states have been relatively stable and it is on their experience New Hampshire costs are based on.

Last month, the House passed its own version of family and medical leave insurance (House Bill 711), but that was sent to the House Finance Committee, where it is still being worked on. The House and Senate bills are nearly identical. The biggest difference is that SB 1 extends unpaid worker protections of the federal Family Paid and Medical Leave Act to business with 20 or more workers. HB 711 sticks with the federal law limit of 50.

But Sullivan also talked about the cost concerns of a voluntary program: “It would lead to adverse selection,” he said. “Those who would most likely use the benefit will sign up.”

A brief look at the responses to the state’s proposal also indicates that voluntary program with a smaller pool might indeed cost more.

Anthem – whose response is by far the most detailed – estimates that for a 12-week program, claims costs alone would range from 0.554 percent to 0.646 percent, but that doesn’t take into account an implementation fee, a third-party monthly hosting fee, a third-party vendor monthly document and interface fee, Anthem’s internal staffing costs, a premium tax, a risk and contingency margin and a commission.

Costs for smaller groups would be higher, Anthem said, and for those with less participation, it would cost even more.

The Hartford said its costs would be 1.2 percent of the state employee payroll for 12 weeks of benefits.

In its response, Total Administrative Services Corp., or TASC, gave a dollar estimate of $3 to $4 per employee. It is not clear whether that would cover 12 weeks of leave or the six weeks the governor originally asked for.

TASC said its cost could be brought down with a “trust pool,” without defining it, or if the state signed on to its flexible spending and health reimbursement program, but gave no cost figures on those programs. It also offered another way to cut costs, but that was redacted.

Met Life, Standard Insurance Reed Group and Sun Life did not offer premium cost estimates in their responses, at least in the redacted versions.

Sun Life, which testified in favor of both SB 1 and HB 711 said in its response that “the inclusion of employee level choice of whether to participate in the program could pose a challenge to insurers.”

The state has yet to issue a formal request for proposals.