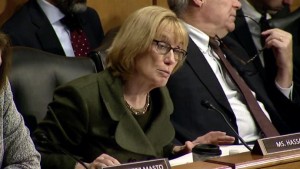 U.S. Sen. Maggie Hassan, D-NH, is joining with Sen. Todd Young, R-Ind., in introducing the American Innovation and Jobs Act, which is aimed at supporting research and development investments by startups and other small businesses.

The bill would reverse a change contained in the 2017 tax law that allows companies and startups to either deduct R&D investments or claim them as a tax credit.

Hassan and Young said their bill would restore incentives for long-term R&D investment by further helping companies to invest in developing new, innovative products by allowing the companies to fully deduct R&D investments each year.

It would also immediately double and then further raise the cap over time for the refundable R&D tax credit for small businesses and startups while also expanding eligibility for the credit to more startups and new businesses.