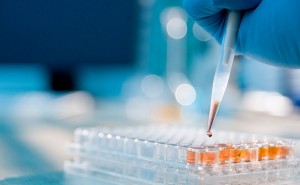 Three times a month, every employee at Graphicast in Jaffrey is asked to provide a saliva sample.

By the end of that same day, the samples are placed in a box lined with ice packs, and shipped to Sirem Laboratory in Tennessee. The samples are processed by Sirem using a pooled saliva testing PCR method for Covid-19.

Within 24 hours, Graphicast gets the results from the testing, which have all come back negative since September.

“We know we’ve been doing a good job,” said Val Zanchuk, president of Graphicast. “But the community spread is obviously a concern.”

Back in early September, Zanchuk was contacted by Stephanie Lamb, a geologist with Geosyntec, an environmental consulting firm with locations across the country, including in New Hampshire and Massachusetts.

The two met when Lamb worked for the Business and Industry Association of New Hampshire and Zanchuk served as chair of the board. Lamb told Zanchuk about the new lab in Tennessee 8and the testing capabilities.

Zanchuk said the company, which specializes in manufacturing metal parts for a variety of industries and employs 22, signed a contract on Sept. 18 and pledged to test three times a month through the end of the year. The Jaffrey manufacturer has since extended the contract through April and is looking at pushing it out even further into the summer.

“We try to do it often enough,” Zanchuk said. “They recommend once a week.”

Zanchuk said employees have to rinse their mouths before providing a sample and just need to produce enough saliva to cover the bottom of the tubes. He said the samples are kept in a refrigerator until packed for shipping. The most recent samples were collected on Monday.

Prior to the pooled saliva testing, Zanchuk said Graphicast had not conducted any testing on employees. The long waits for the results didn’t seem to provide the kind of immediacy they would be looking for. But the opportunity to have results back in 24 hours was quite appealing.

“We get that affirmation every week and a half. And it takes that continually nagging worry away,” Zanchuk said. “It’s a quick way of screening a large number of people.”

“And the beauty in this is that it’s not invasive,” Zanchuk said.

Zanchuk said if there was a positive test in the pooled sample, employees would all then go get a more traditional Covid-19 nose swab test and precautions would be put in place to quarantine.

The samples could be individually tested by Sirem Laboratory, but at a cost of $300 each. Currently, Zanchuk said, each round of testing costs Graphicast $300 and is good for up to a 50-person sample. It also costs nearly $200 to ship the samples to guarantee it will be at the lab by 10 a.m. the following day.

“We’re looking at closely $500 each time we do a test,” Zanchuk said. “It’s a financial commitment.”

That equates to about $1,500 a month for the company to conduct its testing, but pales in comparison to what the financial hit would be if Graphicast had to shut down for any amount of time.

“It would have a huge impact on us,” Zanchuk said, adding sales were impacted by the pandemic and the summer was way down. “We’re only now seeing things pick up.”

Zanchuk said it costs about $10,000 a day to operate and sales need to exceed that amount. No production means no revenue, while still having fixed overhead costs.

“Keeping people healthy is one way of being able to walk or crawl out of this,” he said. “Most of the machinery we have requires an operator to interact with it. Having people out does effect our ability to keep up.”

Zanchuk said there have been no positive coronavirus cases at the facility and expect that if there were, the pooled saliva testing would go a long way to curbing any sort of potential outbreak. He said a few employees have been out at various times since March, but the facility has not had to shut down once.

He added that the company has put a number of safety measures in place, including mask wearing, social distancing and daily disinfecting, aided through the purchase of an electrostatic disinfector.

“We have done all the things we can do to prevent it,” he said.

Zanchuk said one interesting item of note is that Graphicast has made parts for saliva testing equipment, but was unsure if it is used in the Sirem lab.

“We didn’t realize in the end we’d be using the tests,” Zanchuk said. “It was sort of interesting it came full circle.”