Move to sidestep panel is ‘a significant issue for the city,’ says mayor 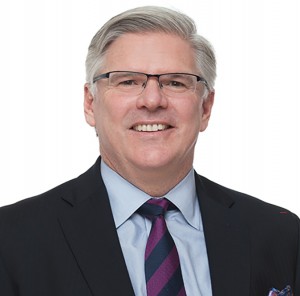 ‘The commission has done extraordinary work and added to the value of the property – that could all go for naught,’ says Laconia Mayor Andrew Hosmer about the governor’s plans to seek to sell the 200-acre former Laconia State School property.

Members of the Lakeshore Redevelopment Planning Commission, charged with plotting the future of the former Laconia State School property, say they were surprised to learn that the companion bill to the FY 2022-23 state budget authorized the governor and Executive Council to sell or lease 200 acre property.

George Bald, who chairs the panel and a mainstay of economic development in the state for decades, says he was not aware the decision to market the property was included in House Bill 2. However, he said. the commission has informed Gov. Chris Sununu of its progress and noted that the governor’s proposed budget includes appropriations for the commission of $350,000 in each year of the upcoming biennium. In any event, Bald said, the commission intends to continue to meet and work. “We want to work ourselves out of a job.”

Mayor Andrew Hosmer of Laconia was disappointed by the governor’s apparent intention to disrupt the process of redeveloping the property as well as at his failure to share his intentions with city officials.

“This is a significant issue for the city,” the mayor said, noting that that successive city councils have sought to ensure the redevelopment of the property for more than decade since the state closed the Lakes Region minimum security prison at the site in 2009.

“The commission has done extraordinary work and added to the value of the property – that could all go for naught,” Hosmer said. He said that he would bring the issue before the city council as well as inform the city’s representatives in the House and Senate. He called the property “a transformational piece of land,” the development of which would bring significant and lasting benefits to the city and region.

In 2019, NBBJ, a Boston consulting firm, presented a master plan for mixed use development of the property. The plan called for 345 housing units, including single-family, starter homes, townhouses and apartments. It also included recreational facilities, a boutique hotel and 32,500 square feet of retail, restaurant and office space. Much of the work of mapping the property, identifying its environmental risks and assessing its infrastructure has been done.

A year ago, Sununu expressed misgivings when the commission sought funding in the state capital budget for infrastructure development and environmental remediation and proposed the commission become the Lakeshore Redevelopment Authority, with authority to issue $5 million in state guaranteed bonds to pursue the project. He said spending more than $1 million or $2 million to prepare the site for a private developer was “inappropriate” and a redevelopment authority a “terrible idea,” something that would operate indefinitely.

Apart from vesting the governor and Executive Council with the “sole authority” to sell or lease the property on terms and conditions they “deem appropriate,” HB 2 would authorize them to act without regard to any other provision of law regarding the sale, lease or other disposal of state property.

State law spells out the process of disposing of state property, with the exception of land in the highway and turnpike systems and land in the surplus housing program.

It prescribes that requests to sell or lease state-owned property must be “reviewed and approved” by the Long Range Capital Planning and Utilization Committee, composed of an equal number of senators and representative and one gubernatorial appointee, with advice from the Council on Resources and Development, which is made up of officials from state agencies. The statute further prescribes that property deemed surplus must first be offered to the municipality or county where it is located and sold for no less than its current market value.

The Lakeshore Redevelopment Planning Commission, the fourth to address the future of the site since 2009, was formed in 2017 at the initiative of Senate President Chuck Morse, R-Salem. It was charged by the Legislature with redeveloping the site for “’for self-sustaining economic development and job creation.”

Its creation followed repeated efforts to sell the 200-acre property, which failed to attract prospective buyers other than the city of Laconia, which twice offered to purchase the property for its appraised value of $2.16 million in 2012, only to be rebuffed. Since 2010, the state has spent more than $300,000 a year securing and maintaining the vacant property, an appropriation that is set to decrease to $232,000 in fiscal years 2022 and 2023.