Law would have excluded narrower sections from development 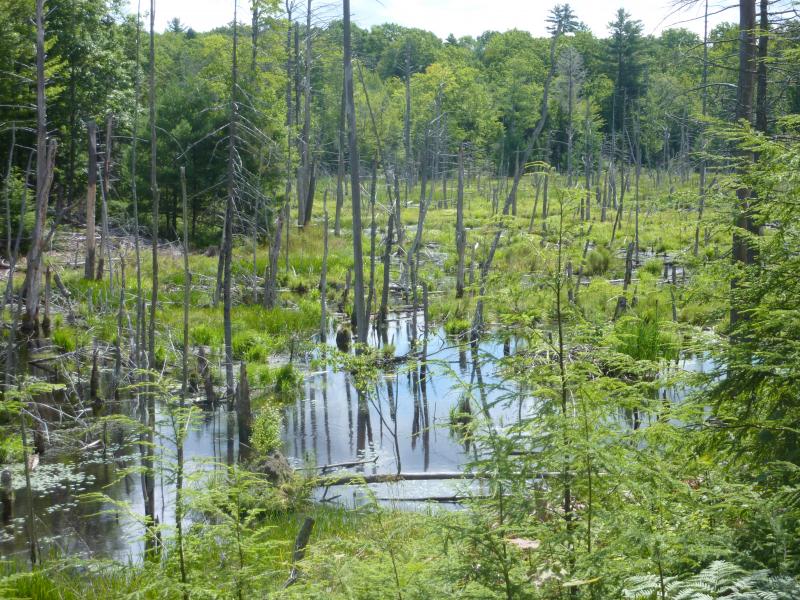 On Monday, Governor Sununu vetoed House Bill 326, which would have allowed municipalities to expand wetland protections and remove some land from development.

“This bill adds additional and unnecessary regulations to those laws and does not properly account for property owners who could be negatively affected by them,” wrote the Governor in his veto message. “Any change to the definition of prime wetland should allow for sufficient protection for individual property rights before moving forward.”

But supporters of the bill said they were trying to close a loophole – when the law was last amended in 2011 – that lopped off wetlands’ fingers and toes.

Because of that change, the state has not approved a prime wetland since then, said Rep. Susan Smith, D-Hebron, the chair of the House Resources, Recreation and Development Committee, which had recommended passage.

Smith told NH Business Review that she thought contractors were on board with the final language and was both surprised and disappointed with the veto.

Currently the law defines prime wetlands as having to be at least 50 feet wide within a two-acre area as well as meeting four criteria.

The bill would have allowed municipalities to include narrower sections in the wetlands definition, if it could demonstrate that the section would provide “a significant contribution to the primary wetland functions” by meeting the four criteria.

The municipality would have to consider any potential adverse effects on the landowner and man-made structures. Wetlands near a highway right of way would not be included in the expanded definition.

The Associated General Contracts of New Hampshire had opposed the original bill.

“It would wreak havoc on potential use,” said James Gove, president of Gove Environmental Services in Exeter and chair of the AGC’s Environmental Committee. “It expands prime wetlands without a reason. It is not clear what conditions would allow for expansion. And what does taking in considerations of a landowner mean? Listen to them and ignore them.”

But Gove was not familiar with the final language which Smith said Gary Abbott, executive vice president of the Associated General Contractors of New Hampshire, had agreed to. Abbott could not be reached at deadline.

Gove stressed lawmakers should stick to science, but the debate in the House often didn’t sound like scientific discourse.

“Wetlands are swamps with a press agent,” responded Rep. Andrew Renzullo, R-Hudson, an opponent of the bill.

The House had passed the bill 212-134 in March, about 20 short of the two-thirds that would be necessary to override a veto. The Senate did pass its version by two-thirds, 16 to 8, in May and the compromise language by the same margin at the end of June. The House agreed to compromise with a voice vote on June 27.

Lawmakers plan to take up this veto, along with at least 40 others, in September.