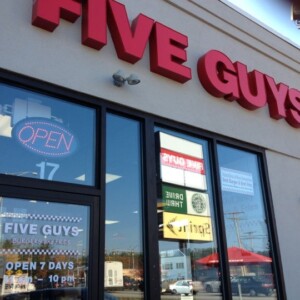 Attorneys from the Five Guys fast food chain last month notified the New Hampshire attorney general’s office about a data breach that resulted in unauthorized access to personal information – including the Social Security numbers – of 22 New Hampshire residents who had been involved in the company’s employment process.

According to the letter, the breach was discovered in September 2022 and after a two-month investigation, the company determined that it affected files on the company’s file server.

According to the website HR Dive, a similar letter was sent to the attorney general of Montana.

Besides the Social Security numbers, driver’s license numbers also may have been accessed.

In the letter from Five Guys’ attorneys, Cincinnati-based Baker & Hostetler, the company began notifying those affected by breach on Dec. 29 through notification letters, in compliance with state law. In the letter, the company says it is providing those affected with a one-year membership to a credit monitoring service and identity theft protection services. Five Guys has also established a dedicated, toll-free call center (1-833-758-5800) that individuals can call to obtain more information regarding the incident.