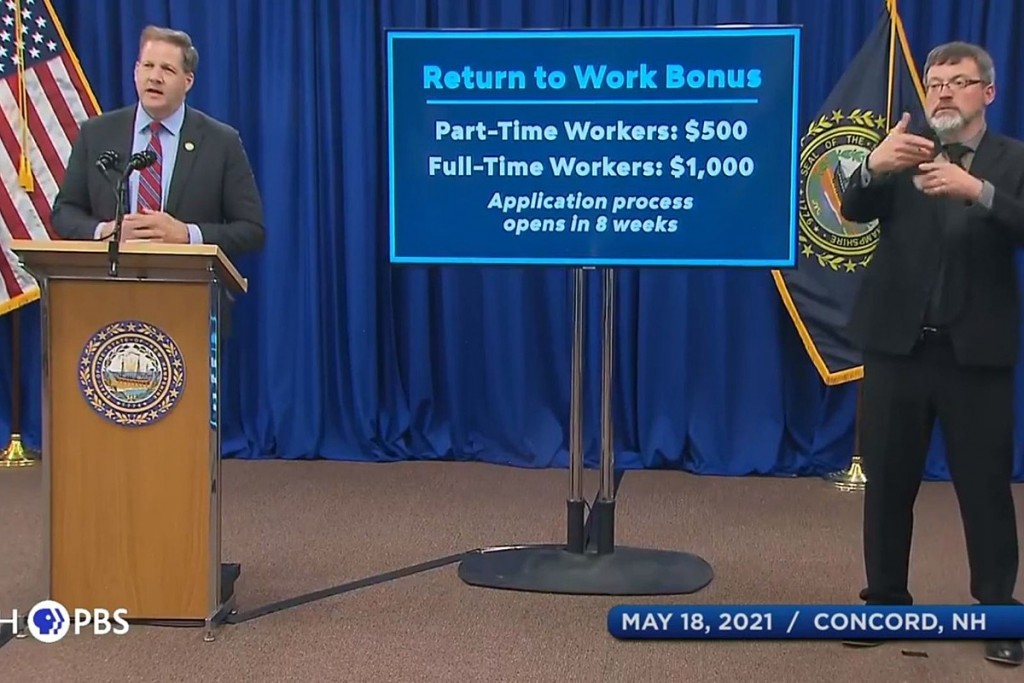 Gov. Chris Sununu launched the ‘Summer Stipend’ program in May.

In May, when Gov. Chris Sununu announced New Hampshire would end several unemployment benefits programs launched during the pandemic, his stated aim was to encourage more sidelined workers to re-enter the workforce.

In addition to the stick of curtailed benefits, Sununu offered a federally-funded carrot: anyone who left the unemployment rolls and found work would receive a stipend. Submit eight weeks of payroll stubs, and residents would receive either $1,000 for those who found full-time work, or $500 for part-time positions.

According to new data from New Hampshire Employment Security, which administers the “Summer Stipend” program, only 886 residents have been awarded stipends valued at $711,000, well short of the $10 million in federal American Rescue Plan funds set aside for the program.

The state says it received more than 1,500 applications, but many of those came from residents who hadn’t yet maintained eight full weeks of employment.

“For those applications that have not been approved, 75% of them are people that have submitted too early as they are unable to produce pay stubs for 8 weeks,” Richard Lavers, deputy commissioner for N.H. Employment Security, said. “They have been asked to resubmit when they have the additional information.”

Lavers said he expects more applications to arrive in the coming weeks.

“New Hampshire plans to keep its program running through the rest of 2021,” Lavers said. “But time is running out, as in order to have the eight weeks of employment necessary to qualify, you will need to have started work no later than Halloween,” he said.

During an interview with NH Public Radio, Sununu defended his decision to end the unemployment benefits program early, saying it contributed to approximately 10,000-15,000 people reentering the workforce, though it isn’t clear how many new workers were previously receiving benefits.

Despite the expanded labor pool, employers around the state continue to face worker shortages, in fields as diverse as food service, nursing and public safety.

An analysis from The Wall Street Journal found that Republican-led states that ended benefits programs early saw “about the same job growth” as states that continued to provide benefits through September 6, when the federal government ended several pandemic-related unemployment programs.

In New Hampshire, four residents recently filed a lawsuit against the state for ending the Pandemic Unemployment Assistance program, which provided up to $300 per week for self-employed and gig workers, two categories of workers who don’t qualify for traditional unemployment benefits.

Earlier this month, a Superior Court judge heard preliminary arguments in the case but hasn’t yet ruled on how the matter will proceed. Lawyers for the state urged the court to dismiss the suit.