Federal stimulus bill will bring a windfall to New Hampshire

State to get over $1.8 billion in measure president is expected to sign on Friday 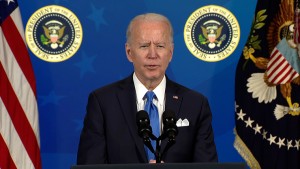 The American Rescue Act, which President Biden said he will sign into law on Friday, will shower New Hampshire with over $1.8 billion.

Altogether, the act will distribute $195.3 billion among states, based on their share of nationwide unemployment, with the proviso that each state receives, at a minimum, the amount it was allocated by the Coronavirus Relief Fund through the CARES Act.

Another $130.2 billion will be distributed to local governments based on population.

At the same time, the act provides another $558.2 million for distribution to local governments in New Hampshire.

The funding for state and local governments amounts to $1,033 for every man, woman and child in the state, above the nationwide average per capita distribution of $1,066.