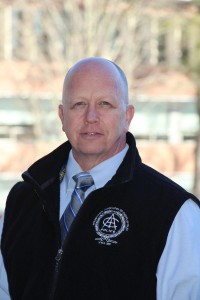 Law enforcement officials, minority leaders and members of the public are taking a hard look at the way police officers are trained in New Hampshire, how that compares to other states, and what can be done to improve instruction time and mandatory curriculum surrounding race relations, proper use-of-force and de-escalation techniques.

John Scippa, director of the New Hampshire Police Standards and Training Academy, gave a presentation Thursday to the recently formed Commission on Law Enforcement Accountability, Community and Transparency about how police in the state are trained currently, and identified some areas he would like to see improved.

Members of the commission also weighed in with some ideas of their own. And on Friday, Col. Nate Noyes of the New Hampshire State Police presented what training state police troopers receive.

Gov. Chris Sununu formed the commission on June 16 in response to the calls for police reform and national protests against systemic racism and police brutality following the May 25 killing of George Floyd, an unarmed black man, by Minneapolis, Minn., police officers.

The commission is charged with reviewing law enforcement training and curriculum, state and local policies and procedures related to police misconduct and accountability, how police departments relate with the minority communities they serve and identify ways to make improvements.

During Scippa’s presentation, he said all New Hampshire police officers receive the same training from the state academy, making it more consistent than some other states with more varied training sources and standards. The only exception being that older officers may have received less initial training as mandatory curriculum evolves and expands over the years, Scippa said.

But he said it’s worth noting that individual police officers continue to undergo additional annual training after they graduate from the academy, some of which is required and some optional.

Use-of-force training takes up a bulk of the time, with over 100 hours, while training blocks for communication and de-escalation take up six hours plus a 24-hour “mental illness dynamics” block, and a block titled “cultural dynamics” which covers implicit bias and how to interact with minority communities is only two hours.

Scippa said he recognizes not enough time is spent on bias and diversity training. He said the hours dedicated to the subject should be “significantly increased” and that rather than teaching it in a single block, it should be a “theme” woven throughout the coursework.

“Right now, the way we teach it is very siloed,” he said.

He also said they should incorporate more experiential and scenario-based training to what is now heavily steeped in classroom instruction.

As they look to improve the bias training, Scippa said he recommended the academy adopt the Fair and Impartial 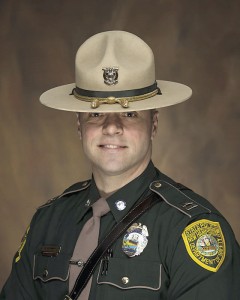 Both State Police Col. Nate Noyes, above, and John Scippa of the Police Standards and Training Academy expressed support for a ban on chokeholds and prone restraints.

Policing Training Model, which he said is nationally recognized as a gold standard.

Answering a commission member’s question on Friday, he also said the academy currently does not have sufficient in-house expertise to teach the segment. In the past it was taught by Andrew Smith, who was an expert in police relations with minority communities and minority juveniles. Smith died of brain cancer in the fall of 2018.

Generally, the academy brings in guest lecturers like Eddie Edwards, a former South Hampton police chief and former head of the state liquor commission’s enforcement division, plus other officers from local departments.

While Scippa called the current communication and de-escalation training “robust,” he said strong consideration should be given to adopting the nationally recognized model known as Integrating Communications, Assessment, and Tactics Training (ICAT).

A more expensive alternative he discussed was Crisis Intervention Training (CIT), which some individual officers undergo, particularly larger departments like Manchester. Scippa said the academy is “under-resourced” and suggested the ICAT Training is a more financially viable option.

On Friday, Noyes said most departments only have about 8% 10% of their officers trained in CIT, but he said a three-year grant is set to train a larger percentage of the State Police. The CIT training started in 2018 and Noyes said 225 troopers will be trained for 40 hours each over the life of the program.

Regarding use-of-force training, Scippa said that the state’s training is very robust and they don’t see a lot of incidents of misconduct.

Chokeholds and neck restraints have never been a part of the academy’s curriculum since its founding in the 1970s.

“That has never been taught here. It is certainly not advocated except for very very critical deadly force type scenarios. But we do not teach that as a technique here,” Scippa said.

Chokeholds and prone restraints are not expressly prohibited in the state but legislation has been introduced to establish a statewide ban. When asked by commission members, Scippa and Noyes expressed support for such a ban.

Commission member Julian Jefferson, a public defender who is not representing the New Hampshire Public Defender’s office on the commission, took issue with the assertion that New Hampshire doesn’t have a problem with police brutality or misconduct.

Jefferson said he has witnessed several cases over the past nine years as a public defender in which police officers are a part of what he called a “culture” that allows for violent misconduct to occur with impunity and which engages in an “us versus them” mentality.

“This culture is real,” he said.

Jefferson gave a few examples from his own experience. In one case, he said a local officer in a supervisory role told him that if a person gives chase, that officer is going to give them “a few lumps” when he catches up to that person. In another case, his client, during a drunken encounter with an officer, received a severe beating from multiple officers on the scene, Jefferson said. No officers were injured, he said.

Jefferson said any public defender would tell them that these are not isolated incidents.

Edwards, who is also a commission member, suggested that the state create a uniform policy around use of force, since right now policies are established by individual law enforcement agencies.

On Friday, Jefferson brought up the issue of culture again during the question and answer period following Noyes’ presentation.

“Beyond policies, it’s going to be the police cultures that are going to drive the day,” Jefferson said.

Jefferson also said on Thursday that he would like to see the name of the cultural dynamics class change to something like “race relations” or “relations with minority communities.”

Scippa and Noyes also outlined a number of ways officers are trained to identify and respond appropriately to mental health issues in the community, as well as training to help maintain officers’ mental wellness.

Several commission members asked questions about police recruitment and screening procedures, how complaints are reviewed, and how police certification can be used to enforce misconduct issues.

Before Thursday’s virtual meeting, commission member Rogers Johnson, who is participating in his capacity as chair of the Governor’s Council on Diversity and Inclusion, said he anticipates the low-hanging fruit for improvements will be in diversity and bias training, and de-escalation training.

“Those two things are the most preeminent, because they think they think they’re going to have more of an impact immediately,” Johnson said. “From the diversity standpoint, they know they need to do more.”

Londonderry Police Lt. Mark Morrison, who is on the commission as the newly appointed president of the New Hampshire Police Association, said police officers are constantly training, and every officer he hears from says they welcome the opportunity to learn more and become more effective.

“The last few weeks have really brought to the forefront thoughts on changes, improvements, additional trainings that may not have been thought of or addressed with the speed and the urgency that they now have,” Morrison said before the meeting. “And I think that’s a good thing.”

The commission is planning its next virtual meeting for Thursday, July 2.