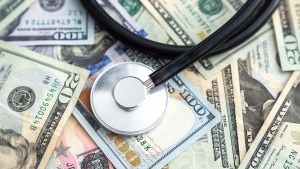 Proposed health insurance premiums for individuals  on the Affordable Care Act exchange for 2021 will drop by more than a fifth from this year, the New Hampshire Insurance Department announced last week. But in actuality, the decreases won’t help many of those who need it the most.

The announcement couldn’t be more timely, just as thousands of unemployed people no longer have insurance from work and are losing federally enhanced unemployment benefits that could help them pay for high premiums on the individual market

“We know that some people are losing their employer coverage due to the pandemic,” said Deputy Insurance Commissioner Alex Feldvebel. “This successful market intervention will increase affordability in the individual market, which we expect will allow more people to access health insurance coverage for 2021.”

While the premium decreases will help about a third of the 54,000 people on the individual market who make too much to qualify for a subsidy, it will make little difference for those with lower incomes. That’s because, under the Affordable Care Act, their subsidies will go down about the same amount as the decrease.

Proposed silver rates on individual plans sold by the three insurers on the individual market will decrease by an average of 15.37% for Anthem, 13.54% from Harvard Pilgrim, and 12.1% from Celtic Insurance. The cuts run from as low as 3.83% (Celtic) to a high of 19.4% (both Harvard Pilgrim and Anthem’s Matthew Thornton.

That silver rate is something of a benchmark used to calculate subsidies.

The reason for the decrease, said the department, is due to market forces and a new way of subsidizing insurance premiums, which the federal government granted on August 5.

The waiver plan is an attempt to prop up the individual market, which was shaky even before the pandemic hit the economy.

In 2015, when the ACA started, there were five rather than three insurers in the New Hampshire market. In 2017, slightly less than half of individuals on the market didn’t receive a subsidy. In 2019, slightly more than a third were unsubsidized. One reason is that the rates were going up so high that few could afford it without some help, meaning it was becoming an increasingly unaffordable alternative for those who were not poor enough to qualify for assistance.

The waiver program consists of two parts. The federal money lowers premiums for those on the exchange to fund a reinsurance program that pays nearly three-quarters of the cost of high-cost claims (roughly between $60,000 and $400,000). With that risk lowered, insurers can lower premiums enough so that those losing the subsidies can still pay the same amount, while those with them pay a lot less.

But the program needs to be revenue-neutral. So New Hampshire will fund it to the tune of $13.5 million by taxing group plans, reinsurance plans and individual plans. This will raise the rates of those on group plans, but only slightly, since there are a lot more people on the group market than the individual; market. That should increase premiums for those on the individual market by about 6%, according to NovaRest, an actuarial consultant for the Insurance Department. There is some hope that with more people insured, actual healthcare costs will drop.

Correction: An earlier version of this article incorrectly stated the price of the silver plan. It is $318.95, not $38.95.