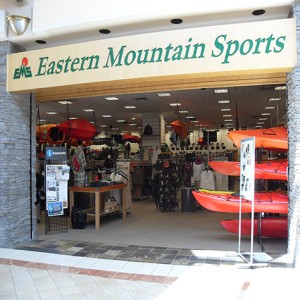 A store at the Mall of New Hampshire in Manchester is among the 21 Eastern Mountain Sports outlets covered in the settlement.

The owner of outdoor apparel and equipment retailer Eastern Mountain Sports has agreed to implement changes at its 21 stores in an American with Disabilities case lodged by the U.S. attorney’s office in New Hampshire.

Mountain Sports LLC reached the deal with U.S. Attorney Jane E. Young in the wake of an investigation launched after a complaint about disability access at the stores was filed with the office. The company’s stores are located around the Northeast, with seven in New Hampshire. The company’s headquarters were in Peterborough for several before it was acquired during bankruptcy. Mountain Sports LLC is based in Meriden, Conn.

“This agreement ensures that people with disabilities will have an equal opportunity to enjoy the same retail shopping experience other patrons enjoy, said Young.

The case was handled by Assistant U.S. Attorney Raphael Katz.