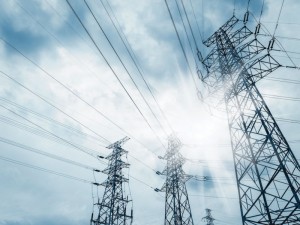 Integrating renewable energy into the U.S. electric power system would enhance the grid’s resilience, meaning a highly resilient and decarbonized energy system is possible, according to new research from Dartmouth’s Thayer School of Engineering.

The researchers’ analysis is based on the incremental incorporation of architectural changes that would be required to integrate renewable energy into the grid.

“We concluded that there are no structural trade-offs between grid sustainability and resilience enhancements, meaning these strategic goals can be pursued simultaneously,” said principal investigator Amro Farid, a Dartmouth Engineering professor and research affiliate at the Massachusetts Institute of Technology. “Whether you are of one political inclination or another, value resilience or sustainability, the efforts are entirely aligned and should serve as the basis for a bipartisan consensus on the transformation of the electric power grid.”

The results of the structural analysis are the first to take into account the hetero-functionality of the grid’s resources, including renewable energy, using a new method that captures the true connectedness and capabilities of the grid.

Using the novel hetero-functional graph theory, which Farid has been developing for over a decade, the researchers analyzed more than 175,000 energy resources throughout the United States such as power plants, substations, and transmission lines.

Using the hetero-functional graph theory to analyze the grid, the researchers were better able to track the grid’s “systems capabilities and structural resilience as it underwent both attacks and developments,” said first author Dakota Thompson, a Dartmouth Engineering Ph.D. candidate. Dartmouth Engineering alumnus Wester Schoonenberg also contributed to the study.

The paper, “A Hetero-functional Graph Resilience Analysis of the Future American Electric Power System,” was recently published by IEEE Access.

Julie Bonette is associate director of communications at Thayer School of Engineering at Dartmouth.