In new filing with Surface Transportation Board, company cites plans for ‘significant investments’ 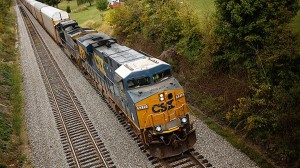 As expected, CSX Transportation has submitted an “amended and supplemented” application to the federal Surface Transportation Board in pursuit of its bid to acquire Pan Am Railways.

Pan Am went up for sale last summer, and in December, CSX announced it had reached agreement to purchase the largest regional rail network in the country, with 1,700 miles of track in New England and the Northeast. In New Hampshire Pan Am owns or operates five railway lines.

In March, CSX applied to the STB seeking its approval of the transaction. But twice, the STB has rejected the applications, each time asking for additional information and further assurances that the acquisition would not impair competitive freight service or disrupt passenger services across the Pan Am system.

In a statement accompanying its renewed application, CSX noted that 80 shippers, along with many elected officials — including Gov. Chris Sununu — and business organizations in New England, have expressed support for the transaction. The company also stressed that it has reached agreements with other rail operators in the region to ensure the acquisition will enhance competition and improve operations in the Northeast.

CSX indicated that over the next five years it would make “significant investments” to upgrade and modernize the Pan Am network to enhance the efficiency and safety of both freight and passenger operations. At the same time, it said, it would operate smaller, fuel-efficient locomotives that CSX expects to reduce the railway’s environmental footprint.