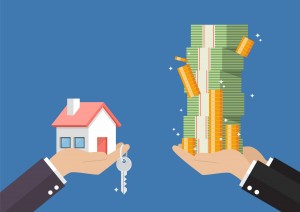 Here are three more signs of how red hot New Hampshire’s real estate market is: Both eh Manchester and Concord are among the 10 hottest real estate markets in the country, and median price for a single-family home on the Seacoast in July was $719,000.

According to Realtor.com’s 2021 “Hottest Zip Codes” list, Manchester/Nashua stand at Number 4 and Concord is Number 8. But, despite the continued frenzied sales activity in the two cities, they actually may be cooling off because they had previously been ranked even higher on Realtor.com’s monthly survey. Manchester landed in the top spot in March, April, May, June and July. And Concord was ranked second in March, April and May.

The website notes that Manchester “has become a popular destination for Boston commuters looking for affordability and outdoor space, a trend which became even more prevalent during the pandemic.” It round that homes in the city’s 03103 Zip Code area spend an average of five days on the market, 32 days faster than the national average. Median list price has risen to $315,000, up 30% year-over-year, but 18% lower than the U.S. median.

According to Realtor.com, homeownership in the area “lags behind national figures here with 46% of residents in this Zip and 35% of millennials owning their homes, but the area is young. Sixty-one percent of the population is under age 45.”

As for Concord, “the recent boom in remote work has made Concord an even more attractive place to live,” notes the website. Homes in the 03301 ZIP code spend an average of nine days on the market, e 28 days less than the U.S. average. The median list price is $343,000, up 14.4% year over year, but 11% lower than the U.S. median. Some 47% of residents are homeowners, and millennial homeownership is below the national average at just 26%.

On the Seacoast, the Seacoast Board of Realtors reported that the record median sale price for July was driven by a lack of inventory.

It was the third in nine months that a monthly median sales price record was set on the Seacoast, the Realtors reported. The July median topped the previous $655,000 record, which was set in the month before, by nearly 10%.