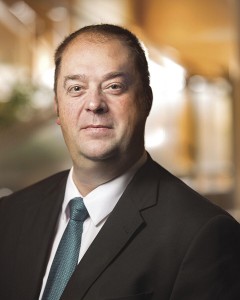 Executives at Concord Hospital ‘spent spent a year doing the analysis’ before making their offer for LRGHealthcare.

As the stalking horse bidder in the upcoming auction for bankrupt LRGHealthcare, Concord Hospital set the floor for the bidding and likely will have the inside track.

The filing followed two years of seeking a merger or sale during which LRGH approached 43 potential partners, but elicited just five non-binding expressions of interest. The most promising was from Concord Hospital. But, as the two neared agreement, negotiations were overtaken by the onset of the coronavirus pandemic.

LRGH’s liabilities include a $111 million mortgage held by KeyBank, 95% of which is guaranteed by the U.S. Department of Housing and Urban Development, as well as unsecured debts of $5.25 million owed to the state of New Hampshire, $1.4 million to the Laconia Clinic and $764,000 to Eversource.

Before the agreement, Steigmeyer said, “we spent a year doing the analysis” and the result was the realization that “bankruptcy provided the only path to resetting the debt.”

He added that “after doing our due diligence and reviewing LRGH’s financial condition we believe together we can build a sustainable community health system.”

Steigmeyer said the geographical proximity of the two healthcare systems has fostered longstanding collaborative relationships between them. “We’ve had a cardiology unit in Laconia for years,” he said.

The two have also collaborated in the fields of oncology and urology. And Concord Hospital has provided labor and delivery services since LRGH closed them in 2018 and last year add prenatal care.

Steigmeyer said LRGH’s payer mix, or balance between publicly and privately insured patients, is “not substantially different from ours.” Moreover, both Franklin General Hospital, as a “critical access hospital,” and Lakes Region General Hospital, as a “sole community provider,” receive preferential reimbursement from Medicaid and Medicare respectively, which he said represent “a couple of advantages.”

Echoing Kevin Donovan, his counterpart at LRGH, Steigmeyer said that LRGH invested in an inordinately expensive electronic medical records system that sapped 9% of its operating revenues – two or three times more than the standard in the industry.

Steigmeyer declined to speculate on the outcome of the bankruptcy proceedings, which will include an auction overseen by the court as well as review by the charitable trust and anti-trust divisions of the New Hampshire Attorney General’s Office. But, he emphasized, “be sure you think beyond the price.”

He explained that the purchase and sale agreement includes protecting and preserving LRGH’s pension plan, which is underfunded by at least $11 million, as well as its malpractice insurance.

“It’s not in the price,” he said, “It’s in the relationship. It’s part of the fabric of who we are.”

Come an auction, with other hospitals financially stressed by the pandemic or, like Dartmouth-Hitchcock Health and Catholic Medical Center. in the midst of a merger, the stalking horse bidder, with geography and history in its bloodline, appears to have an edge on the field.