Action would end all aid for 14,000 Granite Staters 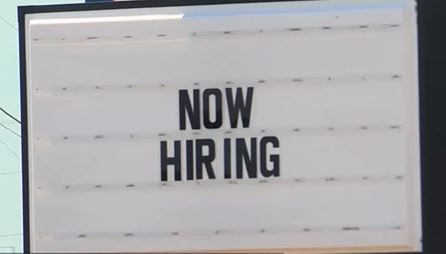 New Hampshire was one of the first states to expand unemployment benefits in the pandemic, and now it is among the first dozen states to retract them.

Gov, Chris Sununu announced Tuesday that he will be declining all federal unemployment relief starting on June 19, cutting off Covid-related unemployment benefits entirely for 14,000 Granite Staters currently collecting them as well as cutting off the $300 weekly federal enhancement that 19,000 others are receiving in addition to their state-funded benefits.

But Sununu announced he will be setting aside $10 million in federal funds to offer a one-time stipend of $1,000 for people who return to work full time for eight weeks and $500 for those returning five weeks.

Sununu made the announcement after news that the state’s unemployment rate has dropped to 2.8 percent, only two-tenths higher than the 2.6% rate it was in February 2020, before the pandemic began, and far below the 16% peak the jobless rate hit two months later.

“There are more jobs available than at any point in the state’s history,” Sununu said. “Everyone is looking to hire.

He said his actions would “help right the course and get people back to work.”

The decision will mean there will no longer be any unemployment benefits for gig workers, sole proprietors and owners of businesses whose companies crumbled because of the pandemic, and independent contractors. They historically have not been eligible for jobless benefits, but have been since the pandemic began.

Nor will there be unemployment benefits for those sick with Covid, quarantined, or caring for someone for Covid-related reasons.

Federal tax incentives are still in place for employers that provide sick time and family leave under such circumstances.

Combined, some 8,931 people fit into the two categories, according to the latest figures released from the federal government.

In addition, traditional laid-off workers will be cut off from benefits completely after 26 weeks. (There are 6,773 in that category, according to the latest figures.) The benefits had been extended 53 extra weeks.

The remaining 19,133 laid-off individuals will be able to collect state benefits, but will have to forgo the $300 federal enhancement, which Sununu last week said he had planned to end, shortly after the Business & Industry Association of New Hampshire urged him in a letter to do.

In the letter, BIA President Jim Roche said the enhancement kept some people out of the workforce – a “drag” on the economy that is experiencing a severe labor shortage.

The department also said it would stop paying out an extra $100 a week for those who are collecting benefits because they lost their job and lost their gig.

Without the enhancements, state benefits are paid at among the lowest rates in the country. New Hampshire recipients get 60% of average wages. Most states pay two-thirds. The maximum amount provided, $427 a week, and the minimum, $32 a week, are also lower than that paid by most other states.

There may be some legal challenges to the action of New Hampshire and the other 11 other states that are ending federal benefits. While the enhancement may be optional, the U.S. Labor Department has the legal power to keep the expansion and extension, flowing due to specific wording in the CARES Act, which established the program, according to a National Employment Law Project letter sent Tuesday to Labor Secretary Walsh.

The federal government has paid out some $1.5 billion in benefits to New Hampshire recipients during the pandemic – about $12.1 million a week lately, though that figure is dropping said Deputy Employment Security Commissioner Richard Lavers. The state unemployment fund has paid $329 million, and said Sununu it is in good shape, preventing the state from borrowing from the federal government or raising unemployment taxes. This was also partly due to a $50 million infusion of CARES Act funds.

The governor’s $10 million “Summer Stipend Program” is also financed by the federal government, either though leftover CARES Act money or the American Rescue Plan funds coming the state’s way.

The program started Tuesday, but workers can only apply for the bonus after eight weeks on the job.

Workers must make less than $25 an hour to be eligible, and Sununu indicated he had the hospitality industry in mind.

“The timing works really well with our summer tourism season – a lot of jobs and restaurants opening up, attractions opening up,” he said. “Every employer I talked to out there is looking for workers. They are desperate.”