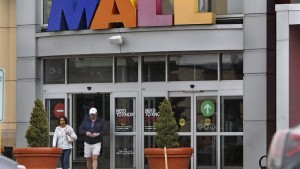 The impact of Covid-19 has hastened the coming of the so-called “retail apocalypse,” casting a shadow over the future of state’s major shopping malls, which represent some of the state’s most valuable properties and occupy some of its most prized land.

In 2019, retailers announced 9,302 store closings, 60% more than the year before. And this year, more than 2,000 stores were shuttered before the coronavirus hit its stride. Prominent among the fallen and frail are department stores — Sears, Nieman Marcus, J.C. Penney, Macy’s, Lord & Taylor — which altogether represent 60% of the anchor space and 30% of the floor space of a typical shopping mall.

In April, Green Street Advisors, a research firm that watches the commercial real estate market, predicted by the end of 2021 that half the remaining department stores will be closed permanently, setting malls adrift without anchors.

“Many malls will now be faced with multiple anchor vacancies, a tough place to come back from, especially in an environment where demand for space is virtually non-existent,” Vince Tibone, an analyst at Green Street Advisors, told CNBC. “This begs many questions. What will a mall redevelopment look like post-Covid?”

Three of the four largest enclosed malls in New Hampshire — the Mall of New Hampshire in Manchester, the Pheasant Lane Mall in Nashua and the Mall at Rockingham Park in Salem — are owned by the Simon Property Group, the largest retail real estate investment trust (REIT) and largest operator of shopping malls in the country. Simon also owns Merrimack Premium Outlets, a strip mall with a faux village motif featuring upscale retailers.

The fourth enclosed mall — the Mall at Fox Run in Newington — is owned by investment bank and financial services company Morgan Stanley and is managed by Spinoso Real Estate Group.

A fifth enclosed mall, Steeplegate Mall in Concord, is owned by Namdar Realty Group. That mall has been troubled since the Great Recession, and has started to find some non-retail tenants, like a gym and charter school.

The Macy’s stores are not among the 30 the company intends to close this year to lighten its debt load. J.C. Penney, also heavily in debt, filed for bankruptcy last week and is expected to liquidate. Lord & Taylor is reported to be preparing to liquidate its inventory, file bankruptcy and shut down. In other words, all four malls are anchored by failed or flagging chain department stores.

When anchor stores go dark or more than 20% of the mall is empty and foot traffic dwindles, the leases of other tenants commonly include provisions entitling them to lower rents as well as options to terminate their leases, leaving mall owners with less income and empty space.

Simon closed its three New Hampshire enclosed malls on March 29, and they were among the 77 of the 200 in its portfolio that reopened as of May 11. By the end of that week, 71 of the listed 120 stores at the Mall of New Hampshire, 77 of the 130 at Pheasant Lane Mall and 96 of the 134 at the Mall at Rockingham Park remained closed.

While some of these stores will likely reopen, others may not. Those that do reopen will incur the added costs of following public health protocols while operating at reduced capacity under the shadow of uncertain consumer confidence and straitened consumer income.

Earlier in May, Simon reported its net income dropped 20% in the first quarter and its stock price tumbled 60%. Funds from operations, the sum of net income, depreciation and amortization less gains from asset sales — a key metric for REITs — slid 9%.

Simon is suing both Manchester and Nashua to reduce the assessed valuations of their properties and has deferred $6 million in property tax payments due in June on all three of its malls. The company reported that some “key retail tenants” had failed to pay rent without disclosing details but indicated the company “fully expects its tenants to honor their lease commitments.” To reduce costs and keep liquidity the company has furloughed employees and cut executive compensation.

But Simon CEO David Simon assured shareholders the company would continue to pay its quarterly cash dividend. Noting that more than 175 companies had suspended or halved their dividends, he declared “We will not be one of those companies.”

Seritage reported first-quarter earnings were a third less than the same period a year ago as “substantially all” its tenants had closed. The company collected 54% of its rents in April and was considering requests for deferred payments on a case-by-case basis.

The gales buffeting brick-and-mortar retail are likely to strengthen. While retail sales fell 17% in April, online sales rose 8%. Slowing and stalled wage growth has sapped the buying power of those with modest and meager means.

From 1970 to 2015, the number of malls increased at a rate more than twice that of the population while foot traffic has slowed during the past decade during and in the wake of the Great Recession.

“There is too much retail,” said Bill Norton, president of Norton Asset Management in Manchester and a regular contributor to NH Business Review, “and a reset is coming.” He explained that the owners of the malls — Simon and Seritage — “are not in the retail business. They are in the real estate business.” The ultimate value of these properties, he said, lies in the land the malls stand on.

Instead of an enclosed shopping malls ringed by vast parking lots, he envisioned mixed-use developments, where retail would be one, but not the sole, component. He pictured “a kind of live, work and play” development with residential units, office spaces, recreational areas and some retail.

Brian Wright of Colliers International, a commercial real estate brokerage, said that he expected mall owners “to deal with their tenants, work through the crisis and get to the other side” while acknowledging it is difficult to foresee what lies on the other side.

Like Norton, he said that malls stand on “prime locations” and are suited to what he called “mixed-use, life-style developments,” like those underway at Tuscan Village in Salem and Woodmont Commons in Londonderry.

Earlier this month, an update to shareholders and investors from Seritage began, “We believe there will be an immense need to convert well-located real estate for revitalized purposes.” And the company will be, the statement continued, “continuing to expand our opportunity set beyond retail, with a focus on multi-family and mixed-use environments.”