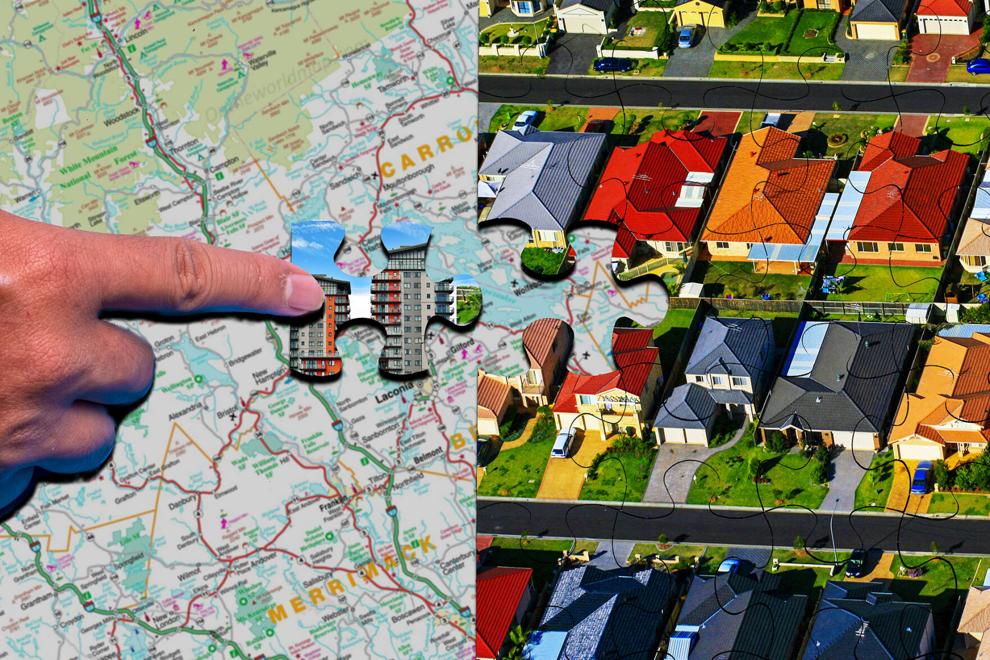 It’s no secret that the Lakes Region, and New Hampshire as a whole, is suffering from an ongoing housing crisis, not just in prices, but general availability. In terms of rentals, Laconia has a less than 1 percent vacancy rate, when 5 percent is considered a healthy number. Affordable homes for purchase are also hard to come by.

According to the New Hampshire Housing Finance Authority, the state is short by approximately 20,000 homes, making finding a place to live a difficult task. In communities across the state, alternatives such as multifamily and mixed-income housing units are being deployed. These projects face a multitude of regulatory hurdles, and, while far from a complete solution to New Hampshire’s housing crisis, are a step toward addressing the challenge.

“That challenge is more acute in places like the Lakes Region or Portsmouth or the Upper Valley where there’s a lot of employment opportunities but housing costs are still high,” said Craig Welch, executive director of the Portsmouth Housing Authority, citing New Hampshire’s home deficit.

In an effort to combat this problem, the Portsmouth Housing Authority has just been approved to build a new mixed-income apartment complex. This means both low- and middle-income persons can apply and afford housing in the space.

This, Welch believes, will help to serve what he calls “the missing middle,” or working people that might not need subsidized apartments, but can’t afford market rate rentals.

“The new construction market rate apartments are nearly equivalent to what my daughter is paying for rent on the Upper West Side of Manhattan right now,” Welch said. “Portsmouth is celebrating our 400th anniversary in 2023, and we’ve never been an exclusive community, but that’s what we’re becoming if we can’t address the affordable housing challenge.”

Welch himself has seen housing across the state shoot up in prices during his lifetime.

“I grew up in Meredith,” Welch recalled. “We moved there in 1976 when a nurse and a teacher could afford a small home on the lake. That’s not true anymore.”

In December, the minimum price for a single-family home on Lake Winnipesaukee is over $1 million, or $875,000 for a condo.

“So Portsmouth also is possibly turning into a second-home community,” Welch explained. “While there’s nothing wrong with second homes, people who are in the part of the community and the schools and part of the community year-round, it adds a lot of value, but when they’re priced out of it, there’s a problem.”

For some, multi-family housing may be part of the solution, but there are a lot of regulatory and zoning hurdles when it comes to communities like Portsmouth and the Lakes Region.

“A big reason housing is so expensive is because of our governing and land use policies,” said Carmen Lorentz, executive director of the nonprofit Lakes Region Community Developers. “You can’t build affordable housing if you can’t build densely. One house on three acres is not an affordable way to build housing.”

Lorentz used Belmont as an example of rigid housing rules. “If you look at Belmont’s zoning, the whole commercial quarter, you’re not allowed to build multi-family housing. There’s huge demand for it. If I wanted to do it, I’d have to seek a variance, have to get lawyers involved, spend all this extra money, and I don’t know if they’re going to approve it or not.”

For both nonprofit and commercial developers, such extra up-front costs with no guarantee of approval make such projects very risky, and if they actually get built, more expensive.

Even though some communities have been more rigid in terms of zoning and multifamily housing, others, like Laconia, are starting to show some more flexibility.

“Places where we have done projects like Laconia, Tilton, Ashland, Meredith, they’ve been good to work with. Their zoning is not great, but it’s workable,” Lorentz said, citing interest in mixed-income housing like the Portsmouth project. “If you are in a market where you can make the numbers work out, I love the idea of mixing all different income levels into the same project. That’s really what we need. Housing for all different levels. I do think that’s a great idea.”

Although the Portsmouth development will provide more affordable housing, it won’t be enough to keep up with the current pace of housing loss, according to Welch.

“In the six years it will take to develop our new brick-and-mortar housing project downtown, we will lose as many affordable housing units as we built in those six years,” Welch said. “In one case, it was 48 units we lost in a matter of 60 days when an apartment complex was purchased.”

When these buildings get purchased, it’s not uncommon for new owners to crank up prices and force the original occupants out.

“I was a former reporter and editor and one of the first stories I did was in the late ‘90s on a retired couple in downtown Portsmouth. They were evicted because the owner wanted to renovate it,” said Rick Fabrizio, director of communications and policy at the Business and Industry Association of New Hampshire. “Now I do stories where we’ve gone from these isolated stories of individual people to this massive impact that’s hampering employers’ ability to have staff. Health care, teachers, manufacturing, pretty much every segment of our work force except for the very high-end earners.”

As more ordinary workers have been pushed out of Portsmouth and other popular tourism destinations, there is residual damage to the economy, according to Fabrizio. “If the problem doesn’t get reduced or solved, it will restrict economic development because if you can’t find workers you can’t really run a business.”

Increased prices can also discourage young families from settling down or even push them out of the state entirely. This means fewer students in schools, less growth, and an older population.

“New Hampshire’s median age is second [highest in the country], at 43,” said Fabrizio. “New Hampshire’s population is falling off from the bottom of the age spectrum. You take what we see now and run it forward 10 years – you’re going to be missing a vitally important part of our workforce.”