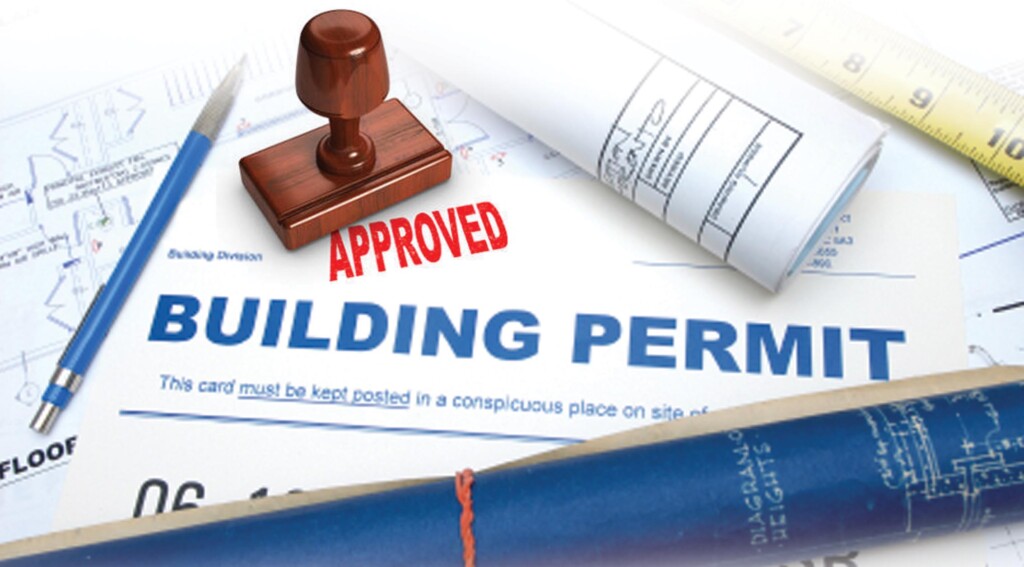 Permits to build homes in New Hampshire increased by more than 11 percent in 2021, according to a report released by the state Department of Business and Economic Affairs, adding more than 9,000 units to the state’s housing stock and a second consecutive year of growth.

The report showed that despite the increase in permits issued by municipalities in 2021, the number of new units continues to still be far behind the state’s growing demand for starter homes and affordable housing necessary to attract workers.

The number of permits broken down by county reveals competing trends in different parts of the state.

For example, the state’s most populous county – Hillsborough – unsurprisingly has the most new housing units with 1,652, an increase of 62 percent over the previous year. However, the number of permits for single-family homes actually decreased from 2020 to 2021, meaning all of the growth came from multi-family units. In fact, the number of permits issued for complexes with five or more units more than tripled from 281 to 959 in one year.

By contrast, desirable Rockingham County, which includes the Seacoast, saw the opposite trend. The total number of building permits issued declined by 16 percent, from 1,166 in 2020 to 982 in 2021. While the county saw an increase in two-family units, permits for single-family and multi-family dwellings with more than three units drastically declined in one year.

Merrimack County, which includes Concord, saw increases in permits for single-family homes, duplexes and complexes with five or more units. Overall, building permits increased 12 percent from 434 in 2020 to 486 in 2021.

Multiple construction projects are in the pipeline in Concord, including as many as 300 units at the Rail Yards near downtown and 64 units on Main Street at the former Department of Employment Security location. They haven’t been completed yet and haven’t released any pressure on the housing market. 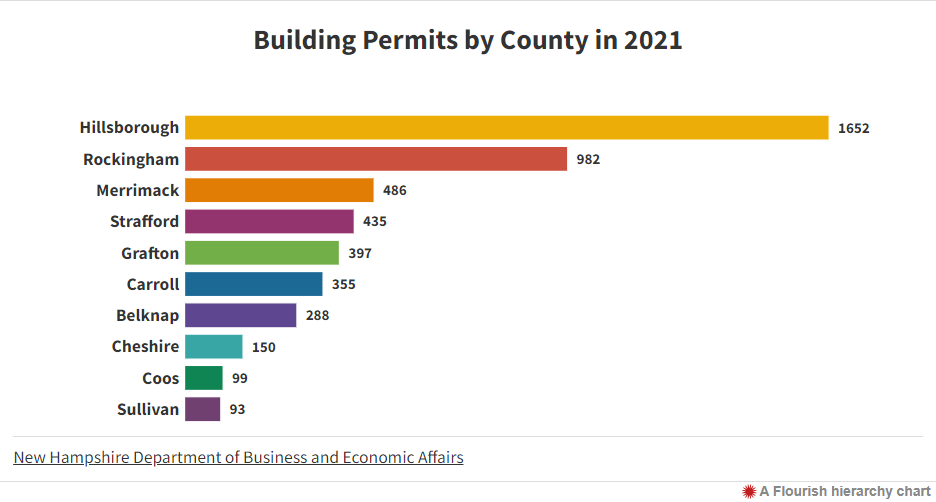 To achieve a balanced housing market where supply meets demand – considered to be a 5 percent rental vacancy rate and a 2 percent ownership vacancy rate – the state needs to add more than 66,000 units by 2030.

Dave Cummings, communications director at the NH Association of Realtors, said it’s been almost eight years since the state has had a balanced housing market.

“We’re clearly now in a seller’s market,” said Cummings. “It’s just that sellers have all the leverage in terms of sales because there’s so few.”

A significant change this year is the permitting of huge projects, the majority of which are multifamily housing. Multi-family housing accounted for approximately 45 percent of all permits issued in the state, while single-family permits declined in practically every town and city across the state.

Data from the report shows that several communities led the state for housing growth, each of which contributed more than 100 units.

Demolitions resulted in a drop in housing supply in eight communities.

In order to boost the state’s housing supply, Noah Hodgetts, a principal planner at the state’s Municipal and Regional Assistance Program, noted that confining construction to cities and larger towns is insufficient.

“We’re headed in the right direction, but we need to be permitting a lot more,” said Hodgetts. “A little bit of housing permitting activity from every community can help us get out of the crisis.”

The disproportionate rates are evident in Merrimack County. While permit numbers in large communities such as Concord and Hooksett have climbed significantly, permits in Pembroke and Allenstown are significantly lower than the previous year. Pembroke permitted 55 units in 2020, whereas Allenstown permitted 49. However, by 2021, the numbers had plummeted to five and 11, respectively. Supply chain issued may account for some slow down, but not all.

Merrimack County Administrator Ross Cunningham said that the county’s two population centers, Concord and Franklin, are working hard to ease the county’s housing crisis and that the situation would improve when the efforts of different housing initiatives bear fruit. InvestNH, a funding program introduced by Gov. Chris Sununu last year to increase affordable rental units statewide, is one of them.

“The No. 1 challenge the county is facing is the supply of housing versus the demand,” said Cunningham. “I think it leads into the fact of what our challenges are in dealing with homelessness in the county.”