Founded in 1962 by Irving Singer, company has grown to be 4th-largest fleet management firm in nation 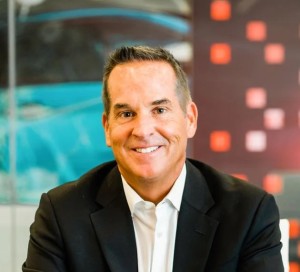 Merchants CEO Brendan Keegan will continue to head the firm as president and chair of the board.

The agreement gives them ownership of both Merchants Fleet as well as Merchants Auto. Since its founding in 1962 by Irving Singer, Merchants has grown to become the fourth-largest provider of fleet management services in the nation with over $2 billion in assets under management and 165,000 managed commercial fleet units across North America. During the 2021 holiday season alone, 4 million packages per day were delivered in vehicles managed by Merchants, and its move toward fleet electrification continues at a fast pace.

In the announcement of the deal – for which no purchase price was disclosed –Bain said Merchants will continue to operate independently and that members of the leadership team will remain in their current roles, as will co-investors in the business. Current CEO Brendan P. Keegan will also assume the roles of president and chair of the board.

“When we initially provided growth financing to Merchants in 2020, we had our eye on a longer-term partnership,” said Olof Bergqvist, a managing director at Bain. “As the fleet management industry continues to experience considerable disruption, we are excited to continue to support Brendan and the Merchants team on their path of consistent long-term growth driven by connected vehicles, multi-modal transportation, efficiency requirements and data-driven intelligence.”

Keegan said the Bain-Abu Dhabi investment “affirms the merits of our core values and disruptive approach.

To Gary Singer, son of Irving and outgoing chair and owner of Merchants, said the deal “reflects decades of industry leadership and a remarkable transformation over the past four years, while also setting the stage to accelerate the forward trajectory that is well underway. As my brothers — Robert, Jeffrey and Michael — and I step away, we are incredibly proud of what has been achieved and excited to pass the reins to the new ownership group.”

The transaction is expected to close in the third quarter of 2022.