Back to the future?

USDOL returns to a more traditional approach to independent contractors 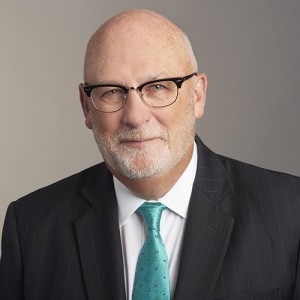 On Oct. 13, the U.S. Department of Labor published a Notice of Proposed Rulemaking to help employers and workers determine whether a worker is an employee or an independent contractor under the Fair Labor Standards Act (FLSA). In short, the proposed rule seeks to return to a pre-Trump administration standard, one that is more employee friendly.

The new rule proposes a framework more consistent with longstanding judicial precedent on which employers have relied to classify workers as employees or independent contractors under the FLSA. In public statements in support of the new rule the Department of Labor believes the new rule would preserve essential workers’ rights and provide consistency for regulated entities.

Specifically, USDOL has stated that the proposed rule would do the following:

The new proposed rule directs employers to include exclusivity (individual working for just one entity) as a consideration under the permanency factor, but it acknowledges that simply having multiple engagements with different entities does not weigh in favor of independent contractor status. In addition, factors in the economic realities test may include:

With the proposed rulemaking, the pendulum shifts more toward a pro-employee definition of employment, but it does not swing all the way in that direction,, since USDOL acknowledged that it did not have the authority to adopt an ABC test for use with the FLSA, which many employer groups have suggested would have been devastating to businesses who use the independent contractor model.

It is worth noting New Hampshire (like New York, California, Illinois and others) adopted an ABC test under which a worker is considered an employee unless the employer proves, by a preponderance of supportable evidence, that:

Employers and employees have until Dec. 13 to make a comment on the proposed rule. It can be submitted online or in writing to the Division of Regulations, Legislation and Interpretation, Wage and Hour Division, U.S. Department of Labor, Room S-3502, 200 Constitution Ave. NW, Washington, DC 20210.

Takeaways: The stakes for misclassification are high as they include unpaid wages and benefits, unfunded liabilities and potential civil penalties. Depending on the scope and extent of the misclassification, the consequences of failure to comply with applicable standards could range from significant to catastrophic. Therefore, employers, whether this rule is adopted or not, are well advised to review and confirm with as much certainty as possible that independent contractors are properly classified. Don’t go this alone – it is best to review these matters with experienced legal counsel.

Attorney Jim Reidy is a management side labor and employment lawyer and is chair of Sheehan Phinney’s Labor and Employment Group.