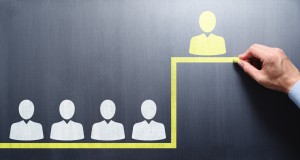 The average pay of CEOs at publicly traded companies in New Hampshire went down and average worker pay rose during the pandemic, though, in total, executives still were paid more than 58 times the median worker’s salary, according to proxy statements.

That’s a lower ratio than U.S. companies as a whole, CEO_-to-worker pay ratio is over 300-1, as well as lower than the 68-1 ratio recorded among New Hampshire public companies in 2019.

For instance, Nashville, Tenn.-based HCA Healthcare, the for-profit hospital chain – which in New Hampshire owns Portsmouth Regional Hospital,  Parkland Medical Center in Derry and Frisbie Memorial Hospital in Rochester – paid its CEO, Samuel N Hazen, $30.4 million, some 556 times the pay of its median worker. It’s too soon to tell nationally how all CEOs have done since the proxies are still coming out, though a recent New York Times article indicate that the pay of a lot of major companies’ CEO went up, as did the ratios.

But for the 11 companies based in New Hampshire, the average CEO’s compensation package fell 3.6%, to $3.5 million. in 2020. But there was a wide range of packages: G. Manning Rountree, CEO of White Mountains Insurance Group whose main office is in Hanover, was paid $7.1 million, a 4.6% increase. Meanwhile, James Brannen, CEO of First Seacoast Bank in Dover was paid the least, $272,000, although he did get an 8.9% increase.

The average figures don’t include New Hampshire newest public company, Allegro Microsystems of Manchester, but a proxy revealed that CEO Ravi Vig had a compensation package of $3.1 million.)

The biggest increase percentage-wise came from the second smallest companies, iCAD, a Nashua firm whose systems detect and treat cancer. CEO Michael Klein’s compensation package totaled $1.1 million, nearly doubled his 2019 salary. The company’s revenue was down 5%, and the company posted a net loss of $17.6 million – $4 million more than it lost in 2019.

At Albany International Corp. in Rochester, the money paid to former CEO Olivier Jarrault and his successor A. William Higgins, ,totaled $5.6 million, up 45% from Jarrault’s 2019 compensation. The company’s revenue dropped by nearly 15% and profits fell by 27%, to $97 million, not only because of the pandemic, but because of the grounding of Boeing 737-Max airplane, for which Albany makes engine parts.

At Sturm Ruger, CEO Christopher J. Killoy’s pay also jumped, nearly doubling to $3.8 million, but the gun manufacturer reported net income of $90 million, nearly tripling from the year before. (Killoy’s pay was not included in overall average for New Hampshire determined by NH Business Review because it is headquartered in Connecticut but has a major facility in Newport.)

Connection CEO Timothy McGrath had the biggest pay cut – 65%, to $1.4 million. The Merrimack-based IT firm’s revenue fell by 8% and its profits fell by nearly a third, to $55 million. Connection also had the second-lowest pay ratio, with McGrath earning 21 times it’s the median worker’s pay.

When it comes to pay ratio, the largest discrepancy locally was at Hampton-based Planet Fitness, even though CEO Christopher Rondeau refused to take a salary when most of the company’s gyms were closed. But Rondeau still earned $3.7 million in equity awards, although that was a drop of 16.2%, to $3.7 million – 137 times more than the company’s median employee, though that’s better than the 178-1 ratio recorded in 2019.

The lowest ration could be found at energy firm Sprague Resources of Portsmouth, CEO David C. Glendon’s compensation package of $1.2 million was 14.3% more than its median worker’s pay.

At Hampton-based Unitil CEO Thomas P. Meissner’s compensation was $4 million, an 11% raise, although his total package was 38 times the median worker’s pay.

At Vapotherm, sales shot up 161% as its respiratory care devices were in demand during the pandemic. But the Exeter-based company ended up losing $51 million because of the ramp-up cost. CEO Joseph Army’s compensation of $3.5 million represents a 15% increase.

The 11 New Hampshire firms also include Bottomline Technologies of Portsmouth and Standex International of Salem, although both companies’ fiscal year ended on June 30 2020. Bottomline CEO Robert A. Eberle was paid $5.6 million, down by a third, and 52 times the median worker’s pay. At Standex David A. Dunbar was paid $4 million, a 23.4% increase, 87 times the median employee’s.