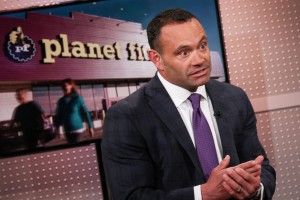 Folks are flocking back to the gym. At least that’s the impression you get after reading the company’s third-quarter financial filings from Planet Fitness.

The Hampton-based fitness chain reported that it now has 16.6 million members, a record high. Total revenue was up by 58 percent, to $244.4 million, and profits jumped 66 percent, to 30.7 million, compared to last quarter last year.

The company is confident enough to invest in itself:

“Members trends remained strong in the quarter with joins back to historical pre-pandemic seasonality,” said CEO Chris Rondeau in a press release accompany the Nov. 3 earnings release. “Also, members who are visiting the gym continue to visit more frequently, and cancels are lower compared to 2019, which we believe are signs that members are generally more committed to fitness.”

Planet Fitness now has 2,353 outlets, 29 of which opened in the third quarter. The biggest uptick was in corporate-owned stores, which more than doubled thanks to the Sunshine Fitness acquisition, which was completed in February.

Equipment sales also nearly doubled to $62.3 million despite, and maybe because of, supply change issues. Some of the machines that were ordered for the second quarter arrived in the third, while other delays might push sales in the next. Much of that equipment is in replacement revenue from older franchise, not new stores.

HVAC delays have become more of a problem lately.

“I think it’s a combination of changing standards catching the manufacturers off guard a little bit, but also the Shanghai shutdowns and continuing sort of rolling lockdowns here and there in China,” said CFO Tom Fitzgerald in an earnings call transcribed by Motley Fool.

Because of the HVAC issue, the company is downgrading its equipment revenue by $10 million to $20 million from the previous $170 million for the fourth quarter, but it did upgrade revenue increases overall from mid-50 percent to the high-50 percent.

The company said it will again be the presenting sponsor of the Times Square New Year’s celebration. And it is making a big marketing push – it’s offering a free Halo View, Amazon’s fitness and health wearable tracker, for member upgrades to Black Card membership. It is also upgrading the Black Card monthly fee by $2 to $24.99, but still keeping its basic membership at $10.