Amtrak faults CSX acquisition of Pan Am as ‘a significant threat’ 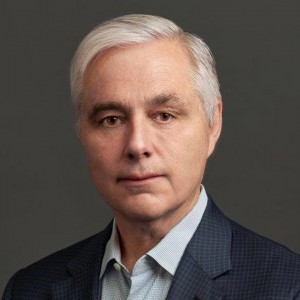 In a statement issued this week, Amtrak CEO Bill Flynn called the transaction “a significant threat to the American traveling public” that will “negatively impact current passenger train service and future routes in Massachusetts and northern New England.”

Amtrak has urged the federal Surface Transportation Board, which is in the process of considering the acquisition, to weigh the interests of Amtrak in rendering its decision, but has not yet filed a formal statement with the board.

Flynn referred to Amtrak’s “corridor vision,” a 15-year plan that would bring service to 160 new communities, add intercity service to the 50 largest metropolitan areas, serve 47 of the lower 48 states, expand passenger service in 20 states and introduce it in another 16 and build capacity to serve 20 million new riders annually.

Amtrak’s vision for passenger service in New England would run along freight lines in the region, including the east-west corridor between Boston and Albany, a Connecticut River line from New Haven, Conn., to St. Alban’s, Vt., and an extension of the Downeaster to Rockland, Maine.

But, Flynn said, “the proposed merger, in its current form, will adversely impact the performance of Amtrak trains and threaten future growth opportunities.”

Amtrak’s plan is more modest than the proposed North Atlantic Rail Network proposal recently submitted to the U.S. House Transportation and Infrastructure Committee with the support of congressional representatives from the six New England states and New York.

Meanwhile, CSX’s bid to acquire Pan Am has again been shunted on to a siding by the federal Surface Transportation Board.

In March, the STB rejected CSXT’s original proposal to treat the acquisition as a “minor transaction,” ruling that in light of reservations expressed by the states of Massachusetts and Vermont that the deal must undergo the more stringent review required of a “significant transaction.”

In April, CSX filed a fresh 178-page application, which the STB has rejected as “incomplete.” In particular, the board found the market analysis provided by CSX insufficient to determine the impacts — both adverse and beneficial — of the acquisition on competition among freight carriers in New England.

Jim Blaze, a railroad economist, told Railway Age, a trade publication, the key question appears to be, “is there going to be traffic growth or not?”

He noted that Norfolk Southern is party to the transaction and has trackage rights over the rails between Albany, N.Y., and Worcester, Mass., which CSX would acquire. The STB presumed “one would expect some growth in traffic volume.”

Blaze suggested the process of determining how future growth in traffic would be shared by CSX and Norfolk Southern would be shared and coordinating train operations could require extensive research and analysis.

The STB directed CSX to indicate whether it will file an amended application by June 7, and noted that a fresh application must be filed by Aug. 26, 2021.

Initially, CSX foresaw a process that would lead to the STB issuing a final decision on the transaction by the end of the year.