Vig to retire after long tenure at Manchester company, to be replaced by former Sensata exec 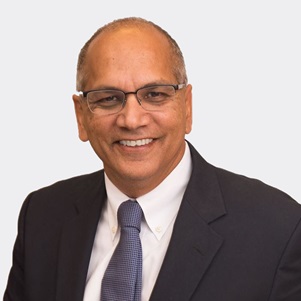 Ravi Vig, CEO of Allegro MicroSystems since 2016, has been with the company since 1984.

Allegro MicroSystems will soon have a new CEO. The current one, Ravi Vig, announced Monday that he will retire on June 12 and be replaced by Vineet Nargolwala, a former executive at Sensata Technology in Massachusetts

“The decision to retire was one of the most difficult decisions of my career, yet it is the right time for me personally and for the company,” said Vig.

Vig, who has been with the Manchester power and sensing semiconductor company since 1984, became CEO in 2016, and saw it through its initial public offering in October 2020.

The announcement coincided with a strong earnings release for both the last quarter and the fiscal year, which ended on March 25.

Sales increased 30 percent to nearly $769 million for the year, resulting in a net profit of almost $120 million, or 62 cents a diluted share – six times the earnings in the last fiscal year. Almost $164 million of those sales and $26 million of the profits were in the fourth quarter. That’s four times the quarterly profits during the same quarter last year.

The company saw strong gains in the electric vehicle sector, which accounted for $532 million in sales, up 33 percent.

The company’s sensing technology is also used in a variety of industrial applications dealing with motion and control and energy-efficient systems, and sales of those rose by 40 percent over last year.

Nargolwala is no stranger to sensing technology, since he was the executive vice president of Sensing Solutions at Sensata Technologies, an industrial technology company that develops sensor-based solutions for the automotive, heavy vehicle and off-road, industrial and aerospace industries.

Vig will stay on for about six months in a consulting capacity, for a fee of $10,000 a week on top of whatever he receives from recently updated severance agreement.