A plea for peace and quiet

Why do businesses insist on playing music customers don’t want to hear? 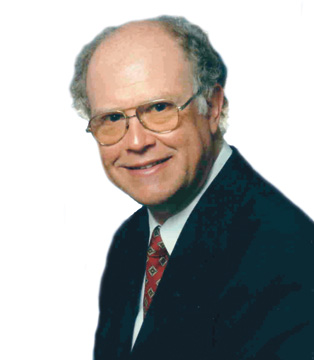 How does that song go? “The times, they are a-changin’.” That may be, but a lot of businesses are just not keeping up with them.

On July 1, 1979, Sony introduced the Walkman, the first truly personal stereo. Do you know how it came about?

Some time before, Akio Morita, the founder of Sony, was in New York on business. He took his family to a beach in New Jersey. Laying on the beach was not as enjoyable as he had imagined because he was surrounded by boom boxes (many of which were made by Sony), and they were playing what he called ghastly music. It was probably the first time he experienced the misery these stereos can create.

When he got back to Japan, he got his engineers together, and they developed the Walkman. It was a small personal stereo that would actually fit in a good-sized pocket. There were variations, but most included an AM/FM radio, a cassette player and an earphone jack.

It was probably the first electronic radio/cassette that didn’t include a speaker. That was by design, as he had no desire to create miniature boom boxes and more misery. With earphones, people could crank up the volume and blow their brains out without disturbing others.

They must have done something right because Sony sold over 200 million of them.

Then, Steve Jobs came along. He realized carrying a library of cassette tapes (or even CDs) around to ensure you had the right music for whatever mood you were in was inconvenient. So, he and his people decided to do better and invented the iPod. This wonderful device was a Walkman with a library of music on an internal hard drive at first.

Then, they went to flash memory and even turned the iPod into a miniature computer with Wi-Fi capability. Now, you could send/receive email, surf the net, etc. with your stereo.

Instant success with both versions, which meant the Walkman was in trouble.

But Apple didn’t stop there. They took the iPod and added a phone to it, yielding the iPhone, and the smartphone industry would never be the same. Prior to that, it seemed like everyone had a Blackberry. They’re still in business, but I can’t remember the last time I’ve seen one.

Admittedly, not everyone has a smartphone. Some older folks can’t be bothered. They often like peace and quiet, but that’s getting to be increasingly hard to find.

In this day and age, almost anyone who wants to can listen to music, watch videos and a host of other things just about any time or anywhere they want to.

What amazes me is the businesses that haven’t noticed this trend. They’ve installed music and/or video systems years ago and continue to play them, annoying many of their customers. At my gym, people have special cases that fit on their arms, belts or wherever they want, but they have to play what they’re listening to even louder to drown out the piped-in background music. I’ll bet the hearing aid folks are delighted with this.

As if airports aren’t already uncomfortable enough, peace and quiet is hard to find. You don’t want to miss your flight, so you have to wait at the gate unless you belong to an airline club. Chances are you’ll be forced to watch CNN whether you want to or not. Conservatives don’t like that station and liberals don’t like Fox News. Either way you’ll be upsetting roughly half your customers.

In fact, with all the diversity in our population, it’s impossible to find a station everybody likes. Since the overwhelming majority have the ability to play whatever they want, why not let them?

Try shutting off your TV/music system for a week or more and see if your customers aren’t happier.

Regardless of what you are selling, you just might find your customers don’t like having someone else’s tastes forced upon them. Turning those systems off could improve customer satisfaction without spending a dime.