In lawsuit, they allege a 70% difference 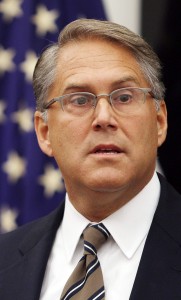 John P. Kacavas, chief legal officer and general counsel at Dartmouth-Hitchcock, said the suit ‘is an attempt to achieve parity with our Vermont counterpart hospitals for services for Medicare.’

Three New Hampshire hospitals on the state’s western border are suing Vermont and the federal government because they say they are paid substantially lower reimbursement rates to treat Vermont Medicaid patients compared to their counterparts on the other side of the Connecticut River.

At stake is more than $2 million a year.

The hospitals – Alice Peck Day Memorial Hospital in Lebanon, Cheshire Medical Center in Keene and Valley Regional Hospital in Claremont, all part of Dartmouth-Hitchcock Health – filed suit Monday in U.S. District Court in Concord, charging that the Vermont Agency of Human Services discriminated against the hospitals. and they say the federal Centers for Medicare and Medicaid Services approved those unfair rates.

The suit is virtually identical to a 2015 action filed by Mary Hitchcock Memorial Hospital, the keystone of Dartmouth-Hitchcock Medical Center in Lebanon, about the rates it received compared to the University of Vermont Medical Center. In a 2018 settlement, the hospital won comparable rates going forward, resulting in about $10 million a year, but the settlement only involved the two teaching hospitals.

According to the suit, Vermont reimburses its own hospitals at a base rate of as high $9,273 for a Medicaid patient, but pays New Hampshire hospitals $2,900, a nearly 70% difference. It also pays Vermont hospitals twice the amount for “outlier” (more expensive) cases, and reimburses in-state outpatient services at 113%, while out-of-state providers get only 82%.

The suit also names Michael Smith, secretary of the Vermont Human Services Agency, Seema Verma, administrator of the CMMS, and Alex Azar, secretary of the U.S. Department of Human Services, which oversees CMMS. It charges that the differing rate schedule violates the Interstate Commerce clause, the Equal Protection Act and the Administration Procedure Act.

“This is an attempt to achieve parity with our Vermont counterpart hospitals for services for Medicare,” said John P. Kacavas, chief legal officer and general counsel at Dartmouth-Hitchcock. “For a long time, our hospitals were paid significantly lesser rates. This lawsuit is an attempt to rectify that, so our providers are treated fairly.”

An Inquiry to the Vermont Agency of Human Service was not returned by deadline.