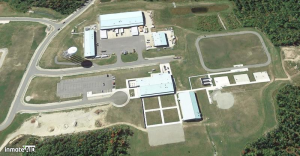 About 200 federal inmates are being transferred to the federal prison in Berlin as a result of the Biden administration’s decision to phase out the use of private prisons.

The Berlin Sun reported that Aaron Posthumus, executive assistant at the Federal Correctional Institute-Berlin, said the prison is absorbing about 200 inmates who were being held at a private prison in Texas. For security reasons, he said the Bureau of Prisons does not provide specific transfer plans.

Posthumus said the decision to move the inmates to the Berlin was made after the determination was made that “sufficient bed space exists” in the Bureau of Prisons’ own facilities. As a result, he said, the bureau decided not to exercise a contract renewal option for some of these private facilities.”

Asked if the prison had sufficient staff to handle the additional inmates, Posthumus said the bureau is actively recruiting correctional officers and has been for several years.