As of May 8, there was still $120 billion left in program 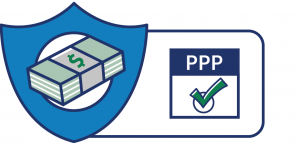 The second round of Paycheck Protection Program lending has slowed in New Hampshire and nationally as businesses appear to be leaving billions of dollars on the table.

In the PPP’s first round, banks rushed $349 billions in forgivable loans out the door in less than two weeks. Initially, it seemed as if the second round of $310 billion would go the same way, with more than half allocated after the first week. But as of May 8, there was still more than $120 billion left to be disbursed.

The situation in New Hampshire was no different. As of May 8, more than 10,000 Granite State businesses received nearly $612 million in the second round – a little over 1,000 more companies and $34 million more in loans than had been approved through May 1. The cumulative PPP lending total stands at nearly 22,000 businesses and $2.62 billion, representing about 15.2% of the businesses in New Hampshire, including sole proprietors.

New Hampshire ranks 14th in the country when it comes to PPP participation. The national participation rate is just under 13%.

Nationally, some 2.6 million borrowers have received $198 billion worth of PPP loans in the second round, meaning only $13 billion went out the door last week.

It is not clear why lending has slowed.  The two likely reasons is that businesses don’t need the funds any more or are too afraid to take it.

The PPP, initiated as part of the CARES Act, is aimed at small businesses with fewer than 500 employees. The two-year, 1% percent Small Business Administration loans of up to $20 million are forgivable if companies pay at least 75% on payroll and the rest on rent, mortgage and utilities.

But in the first hectic days of the program, it became clear that larger banks were giving out much of the money to larger companies. The SBA would not reveal which companies was getting the money – and still hasn’t – but some publicly traded companies themselves disclosed that they were among the recipients, mostly in federal filings required by the federal Securities and Exchange Commission. Among them were a number of national restaurant chains using a loophole in the law that allowed each individual location to apply since it was below the 500-employee threshold.

The Treasury Department, arguing that the loans were not meant to go out to public companies that can raise capital by other means, warned that some may be held criminally liable if they don’t pay them back by May 14. It also said that it would directly examine loans of more than $2 million.

As of yesterday, according to a list published by Entrepreneur magazine, about 40 companies have returned about $350 million. But others, arguing that there is nothing in the original law that excludes public companies, have held on to their money, saying it would violate their fiduciary duty to return it.

In New Hampshire, business owners in a recent webinar expressed concern to U.S. Sen. Jeanne Shaheen about the vagueness of forgiveness procedures, saying they were reluctant to spend the money if they might have to return it.

“We need more clarification,” said Dave Hausman, owner of Big Dave’s Bagels in North Conway. “This is the largest loan I ever got without knowing all the details.”

Others taking part in the webinar expressed frustration that they would have to spend the money on payroll before bringing workers back, even when they weren’t allowed to reopen yet or if they had to operate at reduced capacity. Sheehan and others in Congress have called for more flexibility in the forgiveness rules in future legislation.

In any case, on May 8, there was money still available.