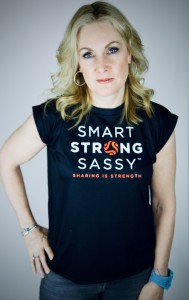 I just turned 50, and for some reason reaching that milestone really bothered me. I know it’s silly and it’s just a number, but for me, turning 50 felt like saying goodbye to sexiness and vibrancy.

I’m fortunate. I’m healthy and have two great kids, but I’m also single and not exactly where I thought I’d be at 50. I’m not sure what I expected, I never daydreamed about it, but now it’s here and I’m stunned. How did this happen so quickly? And my God, I’ve got to get my ass in gear because there are so many things I still need to get done.

By society’s standards, 50 is old. Which is weird because I don’t feel old. Maybe tired some days – and, oh yeah, there’s that hormonal thing with the hot flashes, which is kind of annoying, but it doesn’t define me.

There is so much noise about Jennifer Lopez being 50 and her halftime show that it has raised the question: What is a woman supposed to look like at 50? At 50, I think a woman has earned the right to look and present in a way that she feels is best for her.

It surprised me how people had such strong opinions, both positive and, especially, negative, about J Lo. I watched her performance and thought, “Damn she looks amazing! She nailed it!”

Her timing, her athleticism, her muscles. It made me feel like if she can be that sexy, then I can be sexy at 50, too (just in my own way).

For those (like an opinion writer for The New York Times) who said they feel “personally judged by J. Lo’s Body,” I say shame on you. This is where we get into trouble as women, when we start comparing ourselves to other women. Let’s celebrate our sisters instead of putting them down.

Just because J Lo seems ageless doesn’t mean we all have to age in the same way. Comparing ourselves against each other isn’t healthy or productive. Remember – there will always be someone younger-looking, richer, smarter, stronger and sassier than you.

We need to stop obsessing over the fact that we don’t have the same leg tone as J Lo and focus on the things that we each do amazingly well. Let’s applaud this woman for taking a risk and putting herself out there, not nitpick her to death in order to make ourselves feel better. If women are going to get ahead, we need to spend more time supporting not shaming. Another woman’s success shouldn’t make us feel deficient. It should inspire.

I’m older, wiser and finally have a confidence that matches my body. I’m smarter because of my experiences, stronger because I’m battle-tested and sassier because I don’t really care what people think anymore. I know I’m not as physically ravishing as J Lo, and that’s fine. I don’t need to be. I get to be stunning in my own way.

So don’t worry about J Lo and how SHE looks, be the best version of YOU, whatever that looks like.

Tiffany Eddy is founder and CEO of Smart Strong Sassy, a platform and brand where women show their support for other women by sharing stories to support and empower one another.