Lawmakers, juvenile advocates have long wanted to close the center 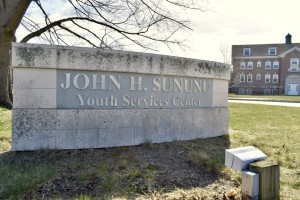 Merrimack Superior Court Judge Andrew Schulman on July 7 approved the consolidation of over 640 civil cases filed by individuals who, as children, were court-ordered to state-run and private contracted juvenile facilities where they allege they suffered physical, sexual and emotional abuse by employees.

The next day, lead attorneys Cyrus F. Rilee and David A. Vicinanzo filed a 50-page “Master Complaint” detailing the state’s history of detaining children dating back to the mid-19th century, the abuse children suffered while in state custody and alleged cover-up for decades by state officials. Schulman’s order lifted the stay that was in place while both parties tried to reach a settlement.

Legislators approved a $100 million settlement, but attorneys for the plaintiffs say the offer is inadequate and that they intend to proceed to trial with the majority of the cases.

With the court ruling and the filing of the master lawsuit, Vicinanzo said the cases now move to the discovery face. Schulman, in his order, said the state’s initial discovery package in the consolidated cases will amount to more than three million pages.

“Judge Schulman did what we had requested – consolidate all YDC and state youth facility cases and include all ancillary state contractor cases. And he’s directing the state to commence discovery immediately, and motions to start in 60 days. We will have monthly status conferences and after a few months of discovery and other education, we will work with the court to develop a consolidation plan for joint trials,” Vicinanzo said.

According to the lawsuit, since at least 1858 the state of New Hampshire has operated residential facilities to shelter, care for, protect, educate and rehabilitate at-risk children.

A SYF also served at times as an orphanage, providing a refuge for abused, abandoned, and homeless children.

“But its founding promise was often forgotten as tales of horrific abuse have been publicly documented going as far back as 1930, when then-Governor Charles W. Tobey publicly admonished the State Industrial School’s board of trustees for presiding over an institution where “punitive methods savored of barbarism and the dark ages.”

Examples of the abuse reported by Tobey included:

Despite Governor Tobey’s admonitions, child abuse and generally deplorable conditions would continue to plague the State Youth Facility for decades to come, according to the lawsuit.

While most SYF abuse and neglect “was actively concealed by the perpetrators and their co-conspirators, the violence, abuse and neglect simmered just beneath the surface, with clues as to the true nature of the SYF bubbling up to the light of day from time to time. Sadly, those holding positions of authority within the state government — those with the power to institute badly needed reforms to the institution — consistently turned their backs on the children, downplaying or ignoring reports of abuse and neglect to protect the “bad actors,”’ the lawsuit says.

At times, even the state Supreme Court displayed shocking unconcern for the rights and well-being of child residents of state youth facilities, repeatedly referring to them as “problem children.”

The lawsuit singles out former U.S. congressman and state Supreme Justice Charles Douglas III, who this year wrote an op-ed, published in several newspapers statewide, saying the $100 million fund would work for many victims.

The lawsuit cites the case of John M., in which Douglas, writing for the majority, approved placing abused and neglected children together with those adjudicated of criminal activity, despite compelling expert opinion disfavoring such practices as detrimental to the best interests of children. The decision was premised on the desire to house the state’s inconvenient “problem children” as cheaply as possible.

The John M. decision, the lawsuit contends, is philosophically aligned with Douglas’s prior decision in Jane Doe, 118 N.H. 422 (1978). In that case, a 13-year-old girl was impregnated. When the girl declined to identify the father, the lower court held her in contempt and locked her up at YDC. Douglas, again writing the opinion for the court, concluded there was no reason to treat a pregnant 13-year-old victim of rape differently from an adult for contempt purposes, and accordingly approved her indefinite detention.

From the 1980s into the early 2000s, complaints frequently arose concerning appalling conditions at the state-run facilities, but most of the serious child abuse was concealed from public view.

In 1980, for instance, then-Attorney General Thomas Rath told the Associated Press that “[t]here is no question that the potential exists for the YDC (Youth Development Center) to be the next Laconia [State School] in terms of litigation[,]” referring to the appalling neglect and abuse of mentally challenged persons (many of whom were children) at Laconia State School in the 1970s and early 80s.

A threatened federal probe and civil lawsuits concerning YDC never materialized. Yet reports of abuse and substandard conditions at the detention center persisted, including, for example, placing a resident “in leather restraints on a jail bed; crowd[ing] troubled teen-agers nearly shoulder to shoulder in a locked bedroom; us[ing] a substandard dormitory that in summer often smells of sewage and in winter leaves a sleeping boy shivering,” according to a Dec. 6, 1987 article by Bob Hohler in The Boston Globe.

The NH Division of Children, Youth and Families opened an investigation into the facility following stories by Hohler and other journalists.

After the investigation was announced, Rep. L. Randy Lyman, vice-chair of the House committee overseeing children and family law, reported receiving 15 to 20 complaints that she deemed “extremely serious,” and that the complaints allege “an extensive pattern of abuse, physical and mental” including an allegation that “a boy with his head wrapped in a towel had his head banged on a pool table by staff[,]” an allegation that another “boy lost the tip of his finger when staff slammed it in a door[,]” and a number of complaints of verbal abuse and of “youths being locked in their rooms for small infractions for weeks and even months at a time”).

DCYF, however, downplayed the results of its investigation, did not publish its investigation report publicly, and refused to discuss details of its findings, the lawsuit says. Nevertheless, its director, Nancy Rollins, reported that the investigation at a minimum confirmed that five residents at the juvenile facility were abused by staff.

Another example of a failure to correct occurred around the same time as DCYF’s SYF investigation, when one of YDC’s counselors was prosecuted for criminal sexual misconduct.

Wesley Oates was accused of engaging in sexual misconduct with an adult female victim. The allegation was deemed credible by police, resulted in a temporary order of protection issued against Oates, and was later reported to the YDC administration in 1999. Despite a misdemeanor conviction arising from the criminal conduct, which was reported to a supervisor at YDC in 2000, YDC continued to employ Oates for another 20 years, during which he committed multiple acts of physical, sexual, and emotional violence against numerous child victims at the YDC and the YDSU, the lawsuit alleges.

The lawsuit said those seeking damages suffered at least one form of abuse, but in most cases more than one including:

One example cited in the lawsuit concerning a cover-up of abuse at the Manchester juvenile detention center is one from 2017 when a child reported to a student intern that he had been sexually abused by a counselor, Kirstie Bean. The intern recorded the abuse disclosure in handwritten notes and, as per (often-ignored) policy, in the official central database for the SYSC. The intern reported the disclosure to her supervisor, who in turn reported it to his supervisors. Shortly afterward, the supervisor directed the intern to destroy her handwritten notes. The supervisor then accessed the database and deleted all references to the sexual abuse disclosure.

Because the report of the abuse was deleted from its database, the official report of the SYSC to the federal DOJ for 2017 (filed in 2018) did not disclose the incident, violating not only state records law, but also committing a federal false statement felony, in violation of 18 U.S.C.

This criminal scheme only came to light because the intern disregarded her SYSC supervisor and brought her concerns to the state police and to the press.

In 2018 Bean was convicted of sexual assault in connection with previously reported sexual assaults at YDC and is now a registered sex offender.