With parity still not attained, more women urged to run for local offices in NH

Report says 41% of elected city, school board spots are held by women 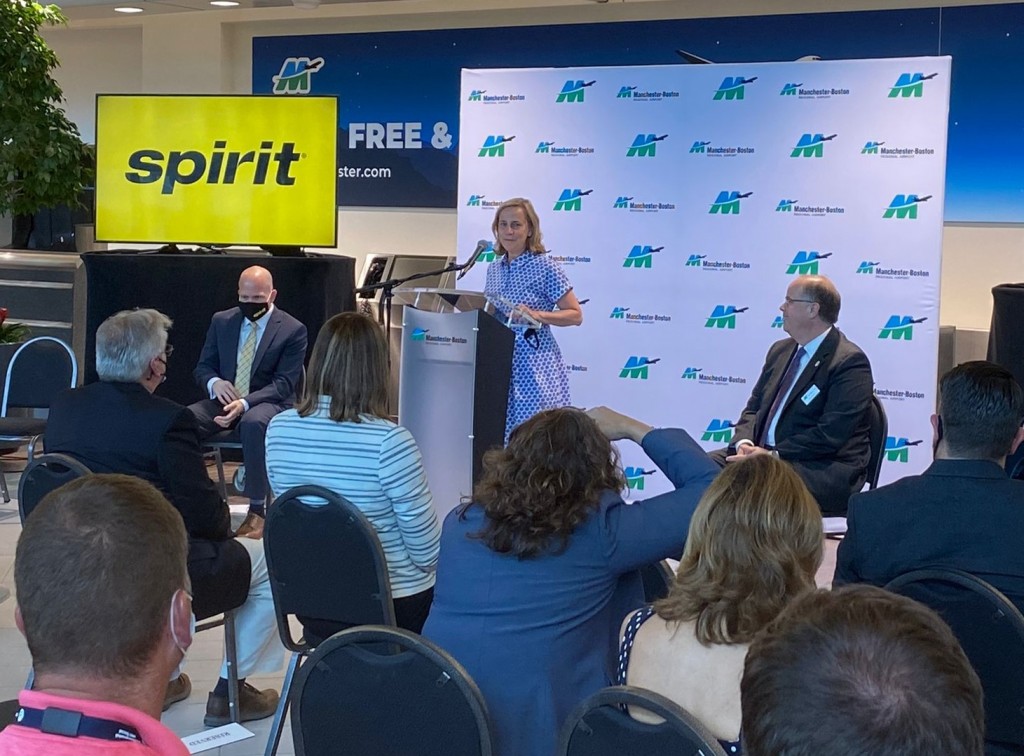 When it comes to running for office, women currently in elected positions in New Hampshire cities have one overarching piece of advice for potential candidates: “Do it.”

“Holding elected office is so important because you have a seat at the table. The information that women bring to the conversation is so valuable today – and so needed – even with all that we’re juggling,” says Manchester Mayor Joyce Craig. “Who better to communicate the issues that we’re facing than a woman?”

The New Hampshire Women’s Foundation’s recently released a “Gender Matters” report that shows that women comprise just 41% of the total number of elected city officials on school boards, city councils/boards of alderpersons in and mayor’s offices across the state’s 13 cities. The data was released as city filing periods begin to open across the state.

“I hope that, not just candidates and women that want to run for office pay attention to this, but also that voters look at this,” says Crystal Paradis, director of strategic communications & community engagement at the Women’s Foundation. “The statistics show the more women and more diversity in general that are on any governing board, the better the decisions are.”

The report follows another one issued in March 2021 that showed that 37 percent of town government positions were held by women.

When the Gender Matters data was compiled in 2020, there were three cities with women serving as the elected mayor – representing 23% of the total number of elected mayors in the state. Since then, Rochester’s first woman mayor, Caroline McCarley, announced she would step down before the end of her term, and Councilor Olivia Zink was chosen to serve as Franklin’s interim mayor.

Paradis, who is also a city councilor in and running for mayor of Somersworth, notes two New Hampshire cities have still never had a woman mayor – hers and Laconia.

“It didn’t hit me until I was in office, and women or young girls recognized it,” says Manchester Mayor Joyce Craig, the first woman to hold that title. “It’s important, because now there’s no barrier for anybody in the City of Manchester to become mayor; anybody can see themselves sitting in this seat and holding this title.”

Palana Belken is a Rochester city councilor who also serves on the board of the New Hampshire Women’s Foundation. She says, as a queer person, many people have reached out to say, “I never thought I would see this.”

Belken says, “For some people they really can’t see themselves in a place of power until they see somebody else with maybe a similar background or similar values in that spot.”

“Everyone brings who they are to the table every day. And so, being a woman, being a woman of color, there have been moments when I’ve made points and my fellow alderpeople hadn’t even thought about it that way,” says Nashua Alderwoman Shoshanna Kelly.

Claremont Mayor Charlene Lovett likened city governance to her time in the Army.

“I just went into it knowing that you have to perform not only well, but in some cases better, to reinforce to your male counterparts that you are capable,” she says. “To me, it’s not whether you’re male or female, it’s whether you can do the mission.”

When Zink, a city councilor in Franklin before becoming interim mayor, was first elected in 2015, she was the only woman on a nine-member city council, and she says she was significantly younger than many of the other members.

“In some ways, you had to prove your worth a little more. I read everything, and I did my homework,” Zink says.

Statewide, 35% of councilors/alderpersons are women. Only one city, Concord, has gender parity in their executive branch government.

“It wasn’t this all-male environment so I haven’t felt marginalized as a woman on the council,” says Concord City Councilor Candace Bouchard.

The Laconia City Council has been all-male since 2017, according to Mayor Andrew Hosmer.

“This is not meant to disparage anybody on the city council, because they’re hard-working and prioritize the needs of Laconia, but it is glaring. We’re all men and we have our blind spots,” says Hosmer. “I certainly think if we were diversified across all of our boards and our council, we’d be a stronger community because of it.

New Hampshire women have reached parity for city school boards, holding 50% of school board seats across the state, though it varies city to city. Seven cities still do not have equal representation on their school boards.

“Most school board members are people who have school-age kids,” says Barrett Christina, executive director of the New Hampshire School Boards Association. “Your local school board is generally a reflection of your community at large. Diversity, whether or not we’re talking about gender or race or ethnicity, can be a benefit to local school districts and school boards to bring in a multitude of ideas and experiences.”

Amanda Russell is a mom of four who was attending Dover school board meetings but decided that having a voice at the meetings wasn’t enough – she wanted a vote. She’s currently serving her 10th year in office and has been the board chair since 2014.

“Initially, I encountered a bit of mansplaining,” Russell says, “but my overall experience has not been negative just because I’m female.”

“I feel like it was a good fit for the experiences that I had, both as a parent and as a professional,” says Heather Raymond, president of the Nashua Board of Education, all but one of whose members are women.

“Elected office wasn’t anything that I ever considered … it wasn’t a goal of mine until the opportunity of being in schools and seeing what I did really motivated me to run for office,” says Craig, who was first elected to the Manchester Board of School Committee, which she now chairs as mayor.

Kelly, who is also a mom, was originally asked to run for school board. “I think [school boards are] generally looked at as a place where women can serve. My response was, ‘I think I’m interested in running for office,’ but I’m also a small business owner and I wanted to be able to impact other things beyond just the school board.”

While women haven’t reached parity at the top levels of city office, elected leaders say they look to fill openings, in staff positions and committee appointments for example, with diverse candidates.

“I think we’re pretty well represented throughout the city, it’s just the council – that’s sort of the outlier, unfortunately,” says Hosmer, who estimates that half of the appointments made to city boards in Laconia are held by women.

“We’ve made an intentional effort to make sure women and other potential under-represented populations in the community know that there are boards and commission seats available,” says Craig, who as mayor also has the opportunity to nominate department heads.

Some elected officials believe there are more barriers for women running for local office than men face, including increased caregiving responsibilities.

“I do believe women can be at a disadvantage not because of their gender, but because of the role that they play in society. If we had a society that equalized the responsibilities of the home, that would change some dynamics,” notes Lovett. “Certainly, if you’re the only adult in the house, then your options are very limited as to what you can pursue beyond being a parent and a provider.”

Zink elaborates, “As women, there are different standards. You work a full-time job. You care for your family. And you still have to show up at your best. I don’t think that it’s harder, but I think the dynamics are different.”

When Craig first ran for office, people would ask her how she was going to do it as a mother.

“In many efforts as we go through life, I really believe that it takes a village,” Craig says. “Thankfully, I have a strong network of neighbors, friends and family who have done that for me.”

Russell says that when her kids were younger, “I did it with the help of friends, because we don’t have family nearby. I called them my sister moms.”

Kelly believes she was the first pregnant woman to serve on the Board of Aldermen in Nashua – and she breastfed in the chamber.

“As a mom, I am okay with being able to balance both of those [roles] although sometimes it feels like there’s no balance,” Kelly says, noting her kids, husband, and peers have been very supportive.

Lovett also believes compensation plays a role in people’s ability to participate. In Claremont, neither city councilors nor the mayor receive any compensation for their service. Compensation, and responsibilities, vary city by city.

“It’s a very tough sell to get people to run for office if there’s no compensation and you’re asking them to invest all these hours into doing the job well,” says Lovett.

Remote meetings during the pandemic appear to have increased opportunities for women to participate in city government, as voters and members.

“It makes it easier to literally be heard, or to be seen because there’s technology built in to help you raise your hand, as opposed to sitting at the end of the dais and trying to speak loudly to get attention in an in person meeting,” says Paradis.

Kelly says she’s looking for assistance at the state level to enable increased remote capacity outside of pandemic measures because, ,she says, “we’re all better and our work is better if we have more engaged citizenship.”

This article has been co-published by NH Business Review and InDeopthNH.org. Sara Persechino currently serves as Hopkinton Town Moderator, a nonpartisan position, and previously served on her town’s select board.