Despite surge in absentee ballots, fundamentals have ‘remained the same’ 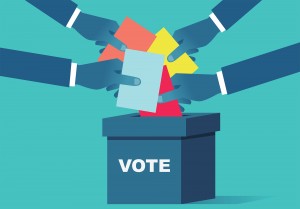 Worried that you may not know election results on election night this year? You’re not alone.

In a Politico/Morning Consult poll from late-September, two-thirds of respondents said they didn’t expect to know the winner of the presidential election on election night. n

Much of that concern has to do with the expanded mail-in voting being done by numerous swing states across the country, according to University of New Hampshire Survey Center Director Andrew Smith.

“It might take a few more days to figure out what happens in those cases, but I don’t think it’s going to be that long. I think that for the most part we ought to know election night or have a pretty good feel on election night or in the day or two after,” Smith said.

This year, New Hampshire has decided that the Covid-19 pandemic is an acceptable reason for a voter to use an absentee ballot, which is one reason some have questioned whether the results of the election will be known on election night, as in most years.

“The fundamentals of the election have remained the same. There’ve been very few changes to those,” Scanlan said. “The way we count the ballots on Election Day is the same way we have always handled the ballots. What’s different this year is that there will be a greater number of absentee ballots than have been received in years past.”

How many absentee ballots are expected to be cast in New Hampshire?

Smith predicts that at least 20% of ballots cast by New Hampshire residents will cast absentee ballots this election, far exceeding the normal number normally taken in by the state.

“That would by far be a record,” Smith said. “Typically, it’s only about 10% of any election of people who are voting absentee.”

Based on the numbers from the September primary, Scanlan expects even more absentee ballots, perhaps accounting for as many as 30% of the votes cast across the state. He believes that the system in place will be able to handle the large number of absentee ballots expected to come in.

While there will be more absentee ballots this year to count, Scanlan said that most races in New Hampshire will be decided on Election Day.

“I would expect that the results will still be announced on election night,” Scanlan said. “It might take a little bit longer than we’re normally used to, but they will be released by the end of the night.”

Smith does not rule out the possibility of lawsuits over ballots in swing states that could make voters wait for the winner of the presidential election.

“If there are some states that are really up for grabs, like Florida in 2000, where it’s going to take court cases to decide which ballots count, which ballots don’t count,” he said. “There’s always that probability, and I think there’s a greater chance of that being the case this year.”

“If you’re worried about the postal system, drive up to your town clerk and drop it off,” Smith said.

As long as voters follow the procedures, Smith says, it’s a pretty safe bet their vote will be counted.

He adds: “Our process has been tested quite extensively that I would not be concerned in New Hampshire that your vote is not going to count. The procedures in all the towns across the state are so distributed to multiple people and multiple offices that the chances of collusion of preventing somebody’s vote from being counted.”

Paul Lambert is an Election SOS fellow. This article is being shared by partners in The Granite State News Collaborative. For more information visit collaborativenh.org.