Wilkins named Entrepreneur of the Year 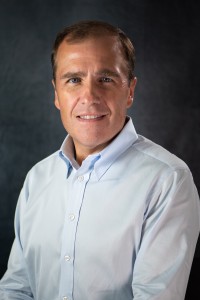 For over 30 years, Bob Wilkins, CEO of SoClean Inc., has created opportunity by developing ideas, launching and growing companies. And he was recognized for his efforts on Dec. 4 as the New Hampshire Tech Alliance’s 2020 Entrepreneur of the Year.

Wilkins, whose Peterborough-based firm offers a comprehensive line of health and wellness products, including CPAP cleaning devices and air purifiers, said it’s “such a great honor to be recognized amongst this prestigious group of entrepreneurs who have contributed so significantly to New Hampshire’s economy, generously given back to their communities and, in many cases, have had a worldwide impact through their innovations.”

During his career, Wilkins has founded nine companies, including Mac’s Place, which was acquired by Egghead Software; Zones, one of the first PC catalogers in the industry that later went public with over $600 million in revenue; ziftrSHOP, a platform where resellers can manage their e-commerce website sales and marketplaces in one location; and AirTank, which has become a hybrid angel fund and sales/marketing agency.

“New Hampshire has a great entrepreneurial culture – I have seen it firsthand over the past 25 years. We made a commitment to New Hampshire by relocating SoClean to Peterborough in an effort to support the local and statewide economy,” Wilkins said.