Even with potential of losing their jobs, they loudly object to requirements 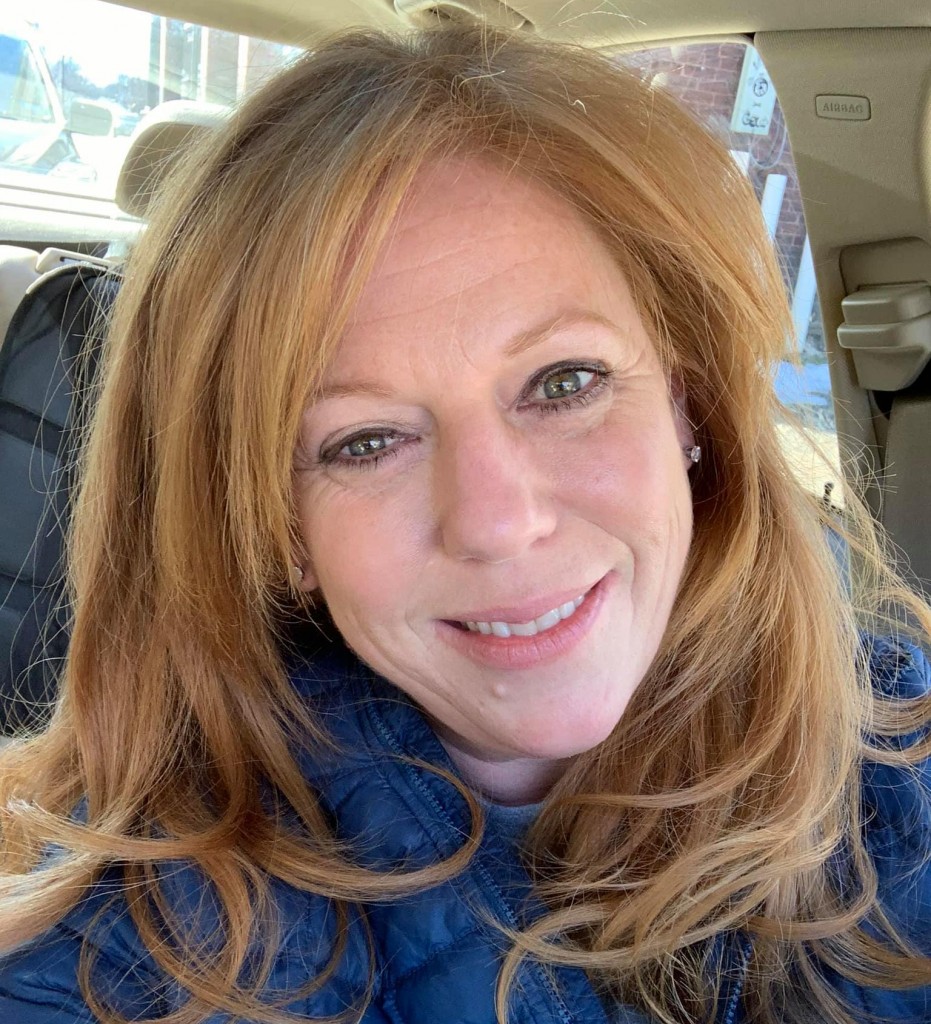 ‘I have a lot of friends who are not comfortable with the injection,’ says Terese Grinnell, a registered nurse who organizes regular protests outside Concord Hospital.

A total of 5,862 healthcare workers have contracted Covid-19 in New Hampshire since the pandemic began, 87 have been hospitalized and 10 have died, according to state statistics.

But that hasn’t stopped a vocal group of nurses and others in the medical industry from loudly objecting to vaccination requirements, even at the risk of losing their jobs.

The Biden administration is requiring Covid-19 vaccinations of staff at Medicare- and Medicaid-certified facilities to protect them and patients from the virus and its more contagious Delta variant. It has also ordered the Occupational Safety and Health Administration to draft a rule requiring employers with at least 100 workers to force employees to get vaccinated or produce weekly test results showing they are virus free.

Registered nurse Terese Grinnell has been outspoken against Covid-19 vaccination mandates. She previously worked at Concord Hospital, Dartmouth-Hitchcock and the Concord Regional Visiting Nurse Association. She declined to state her present employer, but said she works with critically ill patients.

Grinnell organizes regular protests outside Concord Hospital. She has posted photos of protests involving about a dozen people outside the hospital. Grinnell says other nurses and healthcare professionals join in.

She calls for the impeachment of Republican Gov. Chris Sununu. She reposted an article that compared mask mandates to the Holocaust and included a graphic of syringes formed to shape a Nazi swastika.

Grinnell said she began her activism after learning a pregnant nursing student was being required to take the inoculation in order to continue her education program.

“I have a lot of friends who are not comfortable with the injection,” she said in an interview. “They’ve seen patients with adverse reactions. It has not been out long enough and many of us lived through Covid outbreaks in the hospital, many of us have had Covid, and it doesn’t make any sense that we would have to put something man-made into our systems and yet we’re losing our livelihoods over it.”

The U.S. Centers for Disease Control and Prevention says the vaccine is safe and effective, the benefits of receiving the vaccination, including during pregnancy, far outweigh extremely rare side effects.

The CDC also says the vaccine was thoroughly researched and tested and is subject to the most intense safety monitoring program in U.S history. It also recommends the vaccine for those who have already had the virus, saying people get better protection by being fully vaccinated.

While the vaccine was developed rapidly, efficacy and safety protocols of clinical trials, assessment of data and Food and Drug Administration authorization and approval were followed.

The process was sped by years of experience with similar diseases, decades of research on mRNA technology used in the vaccine, early sequencing of the virus genome, clinical testing stages done in parallel rather than one at time and billions of dollars in government investment, including in manufacturing and distribution. Government red tape was also cut in some instances.

Grinnell said she and her children have taken other vaccinations, but she said she simply doesn’t believe the conventional wisdom about the importance of receiving this one.

She said this view should be accepted, and medical staff shouldn’t be required to receive a vaccine as a condition of employment.

Grinnell compared her stance to that of Jehovah’s Witness followers who refuse blood transfusions.

She said that, similarly, her refusal to take the vaccine is a personal decision. She rejects the notion that during a global pandemic one’s decision to remain unvaccinated affects others throughout society.

“The vaccine is 95 percent effective to reduce your symptoms, but you can still contract and you can still transmit, just as much as the unvaccinated,” she said. “So, we’re operating under a lie.”

Grinnell said that if she were to get the virus, she wouldn’t be a danger to her patients, since she tests regularly, would stay home after a positive test or symptoms, and wears personal protection equipment that would prevent transmission of the disease.

Grinnell also said ivermectin has not been sufficiently utilized to combat the virus. Ivermectin is an anti-parasitic medication not authorized or approved by the FDA for use in preventing or treating Covid-19.

Shouting, “Shut it down!” she and other protesters forced postponement of a Sept. 29 meeting of the Executive Council, which was to consider taking $27 million in federal funding to boost vaccination efforts. Sununu said the protesters exhibited “unacceptable, unruly behavior.”

Jake Leon, a spokesman for the state Health and Human Services Department, said the funding will be instrumental to ongoing statewide efforts to ensure access to the vaccine.

“This funding will also allow the Department and regional public health partners to expand our ability to make the vaccine accessible when additional vaccines are approved for a third dose for people over 65 and immunocompromised individuals, and when children 5 to 1 years old become eligible to receive it,” he said.

“The department will need approval by the Executive Council and Legislative Fiscal Committee to accept and expand the funding.”

Rep. Ken Weyler, R-Kingston, recently stepped down from his role as chair of that committee after distributing information with conspiracy theories about Covid-19, including one that the vaccine contained a “living organism with tentacles.”

Sununu called for Weyler to lose his leadership role.

The governor also commented on one of Grinnell’s Facebook, which called for him to block vaccine mandates.

Sununu says that while he doesn’t support such mandates, it is not within his power to tell private businesses what they may require of their employees.

“The government can’t infringe on the rights of a private business and tell a private entity who to hire and fire,” he said. “Even if we don’t agree, there are limits to government overreach. If you believe that the government must ensure you don’t get fired from your employer, I’m sorry, but that’s not right. Having a specific job with a specific private employer is not an inalienable right of freedom.”

Pamela P. DiNapoli, a registered nurse who is executive director of the New Hampshire Nurses Association, said only a fraction of healthcare workers oppose Covid-19 vaccinations.

An AMA survey showed more than 96 percent of doctors have been vaccinated. The American Nurses Association reports that 88 percent of nurses in the U.S. are vaccinated.

She said there has not been a significant number of nurses who have resigned rather than take the vaccine.

DiNapoli added that hospitals have been providing education and training for nurses who are hesitant to receive the vaccine, or who still have questions such as the inoculation’s effect on fertility.

The CDC says there is no evidence showing that any vaccines, including Covid-19 vaccines, cause fertility problems.

Others question revolve around whether the mandate allows a facemask to be worn instead of receiving a vaccination. The answer is no.

And some want to know if they can get a religious exemption from the mandate. This would technically be possible, but only if there was a specific and verified religious prohibition, DiNapoli said. There is no “conscientious objector” exemption.

“They (hospitals) are doing individual education really encouraging understanding of the science and not the misinformation, and then the nurses are going to have a choice whether or not they are going to stay or move to another organization that maybe is not mandating the vaccine,” she said.

DiNapoli also said nurses sometimes are conflicted when they see unvaccinated people come down with serious cases of the disease. The majority of the people hospitalized for Covid-19 are unvaccinated.

Of the more than 50,000 Covid-19 cases reported in New Hampshire over the past eight months, only 3 percent involve people who were vaccinated, according to state statistics.

“The nurses who are vaccinated can’t understand those who are not vaccinated,” DiNapoli said.

She also said there is a code of ethics in nursing requiring “justice and do no harm.”

“You have, by virtue of your license, said that you will do no harm and we know by the science that you could potentially harm children who can’t get vaccinated and the immunocompromised,” she said.

DiNapoli said she hopes to reach people who are vaccine-hesitant, but feels she doesn’t have much opportunity to change the mind of true vaccine opponents, including those in the New Hampshire Legislature, science notwithstanding.

She also acknowledged that there is already a shortage of nurses, which could be exacerbated if some nurses refuse to abide by a vaccine requirement.

There are 50,000 licensed nurses in the state, and DiNapoli said she has not heard of one who has had serious side effects.

Mindi Messmer of the New Hampshire Science and Public Health Task Force said she supports vaccination mandates for health professionals and others “based on the fact that unvaccinated individuals nationally and in New Hampshire are more likely to be infected, have higher levels of the virus in their nasal passages, and therefore transmit the virus.”

Surveys have shown a correlation between vaccination rates and political beliefs. Joe Biden supporters are more likely than Donald Trump supporters to be vaccinated, although Trump himself was vaccinated after being hospitalized with Covid-19.

“It is disconcerting that some healthcare professionals are choosing political beliefs over data to inform their choices regarding the Covid-19 vaccine,” Messmer said.

A total of 54.5 percent of New Hampshire residents are fully vaccinated against the virus, 59.8 percent have received at least one dose of the vaccine, 1,497 have died of Covid-19 in the state and 700,000 have died across the nation, according to state and federal statistics.

Thus article is being shared by partners in the Granite State News Collaborative. For more information visit, collaborativenh.org.