What the new Covid relief package means for New Hampshire 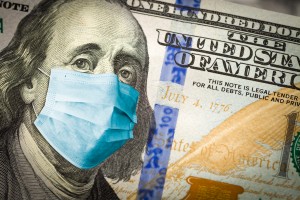 In signing the end-of-year spending package in December, President Trump put in motion the latest stimulus effort by Congress to address the Covid-19 pandemic.

The signature, which came after a week after the U.S. House and Senate sent him the bill and after days of publicly criticizing it for not containing enough aid, allows a set of special pandemic unemployment insurance benefits to resume next month. And it clears the way for $600 one-off stimulus payments for all Americans.

But the bill he signed includes a wide range of pieces that affect Granite Staters. Over $2 billion in aid is heading to New Hampshire in total in the next few months.

Here’s an overview of some of what’s inside for New Hampshire.

Perhaps most well-known of the provisions in the new spending package is the one-off $600 stimulus packages. Like the $1200-per-person aid payments in the spring, the $600 are expected to be distributed the same way, using direct deposits into citizens’ bank accounts.

In total, about $614 million in direct federal stimulus payments will flow to New Hampshire residents and families, according to figures from the Congressional Research Service, a nonpartisan group. That’s the equivalent of just under 10% of the state’s annual budget.

That could mean that weekly checks could be as low as $332 and as high as $727, depending on the recipient’s previous salary.

New Hampshire is expected to get a bout $685 million in additional federal aid to cover its $300-a-week payments, according to the Congressional Research Service.

Back in September, the Centers for Disease Control and Prevention imposed a moratorium on all evictions due to non-payment of rent. The move was similar to a state moratorium implemented by Gov. Chris Sununu in March, which was then allowed to lapse at the end of June.

That moratorium has been extended by the new spending package, a development welcomed by housing advocates. But as Fosters Daily Democrat has reported, that moratorium has not stopped all evictions. Some landlords have been pressing ahead using other justifications to remove tenants, such as health and safety issues and breaches of parking lot rules.

Among the most sought-after assistance by state governments is money to distribute the vaccine.

New Hampshire will get $36 million to help with distribution, and an additional $183 million to assist in ongoing contract tracing and COVID-19 mitigation.

It remains to be seen how the state implements this aid. In recent weeks, the state had pulled back on its contact tracing efforts, pointing to the surge of the second wave of the virus as being too strong to keep up with using its resources and staffing.

The new bill contains $200 million of housing relief for New Hampshire, out of $25 billion of assistance to the country as a whole.

That’s a massive increase from the $35 million that New Hampshire set aside this year for tenant and homeowner assistance, out of the $1.25 billion allotment of CARES Act funding.

The money is set to be distributed by Treasury Department, but will likely flow through the community action agencies, which have been distributing the CARES act funding to tenants and landlords.

Tucked into the more-than-5,000-page bill is a provision that has brought together New Hampshire Sen. Maggie Hassan, Louisiana Sen. Bill Cassidy and even President Trump: an end to surprise medical billing.

The practice involved hospitals sending patients astronomical bills for care they received from out-of-network specialists – even when the hospital itself fell within the insurance network. The new bill seeks to head off those charges by forcing the insurance companies and the hospitals to broker a payment compromise so the consumer does not bear the unpaid balance.

A version of this law passed the New Hampshire Legislature in 2018 for state-regulated insurance plans; this new provision addresses federally-regulated plans, which include most employer plans in the United States.

From the start of the pandemic, access to child care has been paramount, particularly as some facilities closed down temporarily and as frontline workers faced increased workplace strain.

Through the new bill, New Hampshire will get about $20 million in assistance this time to help assist child care centers in keeping their doors open, and to provide direct child care assistance to families.

The bill also contains around $250 million in assistance for school districts and colleges and universities in New Hampshire.

There’s even money to help with funerals.

The state has seen over 700 deaths since the pandemic began.