What can the West Coast teach New Hampshire about marijuana? 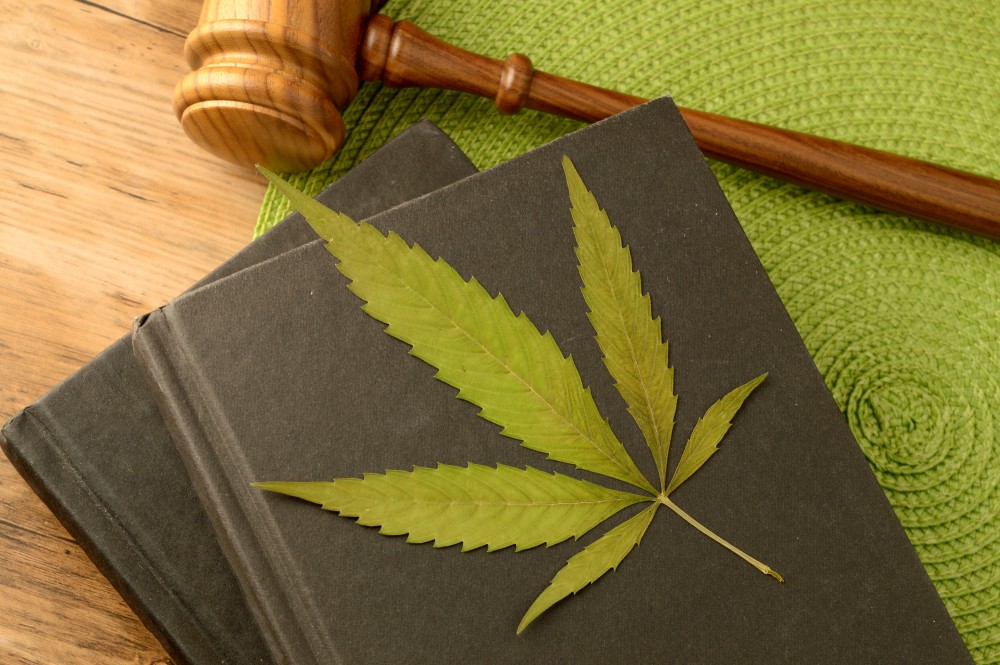 Is legalized recreational marijuana on its way to New Hampshire? Eighteen states – including Massachusetts, Maine and Vermont –as well as the District of Columbia and the U.S. territory of Guam now permit the use of recreational cannabis, and at least 36 states have established medical marijuana programs. Efforts to make it easier for medical and recreational users of cannabis to cultivate their own plants have been steady. On March 21, a NH House committee approved an amended version of House Bill 1598, which would create a state-run marijuana market for adult consumers, sending it to the full House for a second floor vote. New Jersey lawmakers in September proposed a number of bills to authorize “grow at home” cultivation, and as of Oct. 1, Connecticut medical cannabis patients are now permitted to grow up to three cannabis plants at home as well.

In 2013, New Hampshire passed a medical marijuana law permitting the establishment of four dispensaries available to registered medical marijuana patients, and in 2017 Gov. Chris Sununu signed a bill that decriminalized the possession of small amounts of marijuana. But until this legislative session, New Hampshire has yet to follow its New England neighbors, so it remains the only New England sta 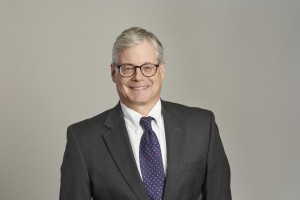 te that has not legalized the possession of marijuana for recreational purposes.

Moreover, support for cannabis legalization for recreational use has increased notably since 2013, when only 49 percent were in support and 45 percent were opposed.

HB 1598, the bill that has now been backed twice by a House committee and was approved in an initial House vote, 235-119, returns to the House floor, where it’s expected to win approval again and then head to the Senate.

Interestingly, HB 1598 even received bit of praise from Governor Sununu, who despite being a historically outspoken opponent of adult-use legalization, said this month that reform “could be inevitable” in the state and that new measure is “the right bill and the right structure.”

While the trends in New Hampshire appear to indicate growing acceptance of marijuana use, not all are in favor of either its recreational use or the retail sale of what is still classified federally as a Schedule 1 substance. By all accounts, research into the cannabinoid compounds and the manner in which the psychoactive component of marijuana (THC) affects the central nervous system is greatly behind the curve.

While certain states have legalized recreational use, guidelines on addressing the health care needs of patients who are users of recreational marijuana – as opposed to medical marijuana–have not been promulgated. Certainly, the experiences of other jurisdictions may have things to teach New Hampshire about the manner in which healthcare providers can address new challenges in patient care that may arise as a result of legalization. If recreational marijuana were legalized in New Hampshire, new recommendations would be expected to address the needs of patients who use cannabis purely on a recreational basis.

As of now, the “treatment-specific” pronouncements from medical boards of states that have legalized both recreational use and medical treatment using cannabis offer guidance only for medical purposes. Although the guidelines established in different states contain similar attributes, there are certain differences between them.

While these guidelines and recommendations are focused on marijuana’s use for purely medical reasons (treatment of symptoms and therapeutic purposes), aspects of these guidelines may be useful in assisting health care providers engaged with patients who partake in cannabis use solely for recreational purposes.

Perhaps not unexpectedly, given each state’s history of engagement with cannabis and its legalization for recreational purposes, California, Oregon and Washington have issued robust guidelines for physicians involved in recommending the use of cannabis for patients.

In 2018, the Medical Board of California published guidelines for the recommendation of cannabis for medical purposes. These guidelines cover such areas as the physician-patient relationship, patient evaluation, informed and shared decision-making between the physician and the patient, and the memorialization of a treatment agreement.

In Oregon, the legislature mandated that the Oregon Health Authority develop guidelines for physicians to follow when recommending the medical use of marijuana for the purpose of mitigating symptoms or effects of debilitating medical conditions. Each set of guidelines notes that recommendations of medical marijuana constitute the practice of medicine and do not override their state’s laws relating to medical marijuana and the practice of medicine.

In the state of Washington, the Board of Naturopathy, the Medical Quality Assurance Commission, the Nursing Care Quality Assurance Commission, and the Board of Osteopathic Medicine and Surgery worked together to adopt shared professional practice standards expected of all healthcare practitioners who authorize medical marijuana under Washington State law.

The California guidance highlights that a patient evaluation, pursuant to an established physician-patient relationship and conducted in accordance with evolving medical standards, must be completed before a physician may decide to recommend cannabis for a medical purpose. It clarifies that telehealth options are available to physicians and patients evaluating medical marijuana as a treatment option. It also emphasizes that the decision to utilize medical marijuana as a treatment option is shared between the physician and the patient and that a treatment plan should be documented in writing, discussed, and revisited regularly.

The guidance then helps physicians navigate how to evaluate cannabis as a viable treatment option for conditions beyond those specifically recognized by state law or regulations, clarifying that a cannabis recommendation should be weighed against other treatment options but also that a patient need not have failed on all standard medications in order for a physician to recommend or approve the use of cannabis for medical purposes.

The California guidance also highlights important considerations for the physician to discuss with the patient who will be undergoing treatment with cannabis, such as the variability and lack of standardization in cannabis preparations, the need to safeguard all cannabis and cannabis-infused products from children, pets, or domestic animals, and the reminder that the recommended cannabis is for the patient’s use only and must not be sold, donated, or otherwise supplied to another individual. The guidance also highlights specific items that should be included in the patient’s medical records both before a decision to recommend medical marijuana is made and during the patient’s use of cannabis.

Unlike in California, in Oregon (and, as noted below, in New Hampshire), medical marijuana may only be recommended by a physician for certain, legislatively defined, “debilitating medical conditions,” or for other conditions that produce, among other things, severe pain, persistent muscle spasms, or “post-traumatic stress disorder.”

The guidance provides information on the registrants of the Oregon Medical Marijuana Program (patients treating with medical marijuana must register pursuant to state law), for example, by providing a breakdown of diagnosed debilitating medical conditions that support recommendations and how commonly the conditions are identified; counts and percentages of recommending physicians, categorized by volume of registered patients; a count of registered minors by age group and the most common conditions associated with minor-patients — all of which help physicians obtain a high-level view of how their practice, and their patients, fit within the state’s overall medical marijuana landscape.

In Oregon, an initial physician examination, conducted prior to recommending marijuana, is not mandatory but strongly suggested, although the Oregon guidelines explicitly discourage the use of telemedicine in conducting the initial examination.

It also advises that the treatment plan contain a specific duration for medical marijuana authorization, which can be no longer than 12 months. Oregon’s guidance also highlights information that physicians should discuss with patients treating with cannabis

Oregon’s guidelines further remind physicians to consider the form of cannabis that is recommended for the patient, stating that the guidelines “strongly oppose[] the smoking of marijuana,” and that “there are several other means of ingesting marijuana that obtain a therapeutic effect and pose less risk to patient health.”

Washington’s guidance recommends an initial physical examination as well, which should include a check of relevant database(s) capturing patients’ receipt of controlled substances, as California and Oregon both likewise recommend. Washington’s guidance also speaks to form-filing requirements pursuant to state law at the patient evaluation stage.

A written treatment plan is again recommended, and like Oregon, but unlike California, in Washington this treatment plan should include a review of the other attempted treatment measures before considering medical marijuana.

The Washington guidance similarly prioritizes a physician emphasizing the “variability of quality and concentration of medical marijuana with patients,” but spends much more dedicated space than either California or Oregon providing advice to physicians on recommending medical marijuana to minors or patients without decision making capacity. The guidelines also recommend that participating physicians complete a minimum of three hours of continuing education related to medical marijuana.

As health law practitioners who advise physicians and practice groups on fraud and abuse matters, we particularly note that all three guidance documents from California, Oregon and Washington each include specific prohibitions concerning conflicts of interest and financial relationships.

As of now, the NH Medical Society has issued a series of documents designed to assist physicians with providing patients with information about the state’s Therapeutic Cannabis Program and the manner in which a patient’s physician will comply with the statute.

These include “General Program Information” for providers that address the elements a physician is required to assess when certifying that a patient has a ”qualifying medical condition” (aka “debilitating medical condition”) as defined under the program and the requirements of a provider-patient relationship. The society also provides detailed information concerning the Program itself, as well as a clinical checklist for certification of a patient’s use of cannabis.

In addition, last July 1 DHHS adopted administrative rules, set forth in Chapter He-C 400, which have as their purpose the establishment of requirements for issuing registry identification cards to qualifying patients and designated caregivers for the therapeutic use of cannabis.

These new rules have attributes similar to the guidelines issued in the far western states. For instance, He-C 400 addresses the requirements of providers to participate in the program, such as having an active license and active registration with the U.S. Drug Enforcement Administration, having provider-patient relationship, and maintaining medical records concerning cannabis. Similar to California, Oregon, and Washington, the new administrative rules have an “anti-kickback” component which explicitly prohibits a physician from holding an economic interest in an alternative treatment center. (He-C 401.05).

Guidelines from California, Oregon and Washington each help to destigmatize a physician’s incorporation of medical marijuana as another potential treatment option for their patients — within the appropriate standard of care — while also providing specific advice on how to go about folding medical marijuana into a successful, compliant, and beneficial practice.

These guidance documents also speak to how a given state’s laws and regulations interact with a physician’s professional discretion in treating patients.

Certainly, much thought has gone into both the NH Medical Society’s resource page for physicians and potential patients and New Hampshire’s new administrative rules concerning the state’s Therapeutic Cannabis Program.

As New Hampshire’s experience with the program matures, and as the debate over legalization for recreational use continues, however, New Hampshire may benefit from the experiences of providers and medical boards in other states with a more established history regulating and promulgating guidance on the use of marijuana for medical and legal purposes.

Andrew Eills is a shareholder in the Cannabis Practice Group at Sheehan Phinney. Attorney Nicole W. Austin contributed research assistance to this article while working at the firm.