Latest statistics show average 4% rise in pay since last year, but regional inflation is over 7% 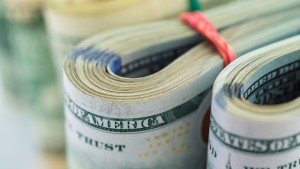 If you need some statistics to verify that New Hampshire’s labor shortages is at record levels and forcing up the price of labor – although not by enough to keep up with the pace of inflation –keep reading.

The state’s average wage has risen $1.26 an hour since last year, or about 4 percent.

The statistics were released by the Department of Employment Security along with April’s unemployment rate, which ticked down a point to 2.3 percent – the lowest since April 1988, when it was at 2.2 percent. Last April, when the state was still recovering from the joblessness caused by the pandemic, it was 3.8 percent. There has been some job growth since last year, but not very much: an anemic 3,460 jobs out of 759,960.

These record numbers are continuing into May. Initial claims filed during the week ending May 14 were down to 223, the lowest they’ve been not only since the pandemic, but at any point, according to statistics dating back to 1987. The same could be said for continuing continue claims — which are filed by people already collecting benefits. They were down during the week ending May 7 and totaled 1,589.

Despite all this, most are not keeping up with inflation. That $1.26 pay raise brings the average wage to $32.76 – a number that includes all people who receive a salary, including high-paid executives. But, in any case, that 4 percent increase is below the 7.2 percent increase in the Consumer Price Index for the Northeast region. Some necessities have risen even more: motor fuel, up 43.7 percent; heating fuel and utilities, up 21.3 percent; food, 8 percent; and housing, 5.6 percent.

Some did better than others. Educational and health service workers’ wages increased by $2.83 an hour, or 8.8 percent. Business services employee wages rose by $2.67 an hour, or 7.5 percent. Trade workers – including retail, restaurant and retail employees – saw their wages increase by $2.15 an hour, or 8.2 percent. Manufacturing wages went up by $1.63, or 5.5 percent.