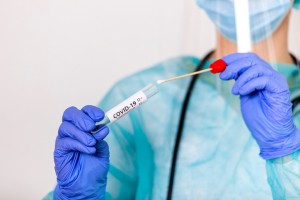 A Virginia-based molecular diagnostics company has acquired engineering firm Jump Start Manufacturing LLC of Nashua, NH, in a move that the company says will mean the creation of hundreds of new jobs at a new facility in Hudson, NH, where it will scale production of its  new Covid-19 testing system.

The company, MicroGEM of Charlottesville, Va., said the 52,000-square-foot Hudson facility, in tandem with another new 69,000-square-foot plant in Ogden, Utah, will give it the capability of producing 160,000 tests per day.

The company said it expected that a total of about 500 new jobs will be created at the two locations, but it’s not immediately clear exactly how many of those jobs will be in New Hampshire.

MicroGEM also has a pilot-scale manufacturing facility in Charlottesville.

The acquisition of Jump Start – which since its founding in 2006 has worked on a variety of projects in the biotech and pharmaceutical companies – allows MicroGEM to rapidly scale production of its Spitfire 6830 SARS-CoV-2 rapid testing system.

Spitfire 6830 is a PCR (polymerase chain reaction) saliva test, which is designed to detect for Covid-19 in both symptomatic and asymptomatic individuals. The system is currently in the final stages of development, with preparations underway for a submission to the U.S. Food and Drug Administration for Emergency Use Authorization.

PCR tests are considered much more accurate than antigen tests.

The test was funded in part by a $41 million grant awarded to MicroGEM last September by the National Institutes of Health’s Rapid Acceleration of Diagnostics program.

MicroGEM said it is moving quickly to fill the new jobs being created. Those interested can find out more by clicking here.