Measure would have prevented businesses from requiring shots for employees 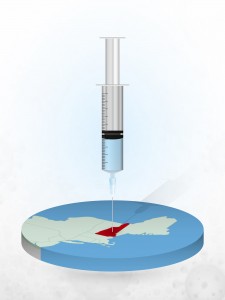 The NH Senate voted Thursday night to study rather than pass a bill that would force businesses who mandate vaccines to exempt employees who refuse for reasons of “conscience.”

But the debate focused on the billions of dollars of federal aid the state could lose by defying a federal mandate versus the rights of the employee. The rights of employers were barely mentioned.

The defeat of House Bill 1210 has been a top priority of the Business & Industry Association of New Hampshire because of what it sees as the precedent it could set. Currently, employers have to provide exceptions for religious and medical reasons, but they can ask for documentation. HB 1210 adds the “right of conscience” as a reason, and it simply mandates that the exemptions “shall be granted.” It would allow employer and employee to work out a reasonable accommodation, but is silent if both sides can’t work out an agreement. The bill was aimed at any company that contracts with any public entity for any amount.

The bill particularly puts the healthcare industry at risk, since the U.S. Supreme Court has upheld a federal mandate that requires anyone who receives Medicare and Medicaid funding must require their employees be vaccinated. Thus far, the Centers for Medicare & Medicaid Services says that it intends to enforce the mandate by cutting off funding to those providers that don’t comply.

And it is that threat that Sen. Jeb Bradley, R-Wolfeboro emphasized.

Bradley, noting that he is fully vaccinated, said, “I don’t agree with people being fired” but said we are in a “dilemma, a quandary and enigma” because the state stands to lose $2.3 billion for hospitals alone.

Bradley was challenged by some of his fellow Republicans. Sen. Kevin Avard, R-Nashua, was perhaps the most forceful, noting that the right of conscience is listed in the state constitution as an unalienable right (though in the context of freedom of worship) and that the state should fight the federal government on this issue.

A few Senators did mention an employer’s rights.

“You are telling the employer you have to grant the request,” said Sen. James Gray, R-Rochester. “I couldn’t live with that.

Sen William Gannon, R-Sandown, also mentioned a small business owner with a heart condition who was “very paranoid” about getting Covid who felt that she would be put at personal risk if she should have to hire unvaccinated workers – and “whether it is or not, she should have that right.”

He told Avard, “I appreciate your right not to get vaccinated, but I appreciate her rights too.”

Earlier in the evening, the Senate indicated its concern for employees’ rights doesn’t necessarily extend beyond vaccination, by attaching to another measure the language of one of a bill that the House had sent to study.

Senate Bill 209 would have allowed employers to pay workers electronically, even if the employee would rather get a paper check. The House Labor Committee was concerned about excessive card debit card fees. Senate supporters stressed the convenience of the card, even though current laws allows employers to use them but gives the worker the final say.

So the Senate added the language of SB 209 to House Bill 1662, a healthcare privacy bill, along with the language of two other Senate bills the House thwarted, a $5 million appropriation for housing the homeless and SB 355, which the House also sent to study. SB 355 would have required that large online marketplaces that handle transactions themselves, such as Amazon, disclose high volumes of certain merchandise by third parties. The bill, strongly supported by the NH Retail Association, would help law enforcement authorities track down criminal operations that buy up stolen merchandise from brick-and-mortar stores and dispose of it online.