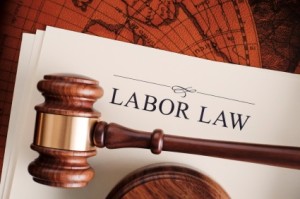 The U.S. Department of Labor has charged a Lebanon home health care firm with pressuring workers to kick back wages it was required to pay them for working overtime.

The department filed the complaint last Friday against Your Comfort Zone LLC and its president and director, Rosalind Godfrey, in U.S. District Court. The agency also accused Godfrey of impeding ongoing investigations by altering timesheets, asking workers not to talk to DOL investigators and trying to confront a former worker at her new worksite

On its website, the company says its mission is to maintain “supportive teamwork and personal and professional integrity to provide dignity and quality of life for seniors and individuals with disabilities who wish to live at home.” The complaint says the company had over $500,000 in annual gross sales in all but one year from 2015 to 2021.

The Labor Department is in the midst of its third investigation into the company. In the first, which began in January 2018, the department said it found the company had violated federal statutes relating to overtime compensation and recordkeeping between February 2016 and February 2018 and in June 2018. After that, the company agreed to pay employees back wages of $70,252.97.

Despite the company’s written agreement that such violations wouldn’t happen again, a second investigation covering the period from February to September in 2018 found them again. Godfrey again agreed to pay back wages, this time $29,802.18.

But, according to the complaint, Godfrey tried to get that money back from the workers. She told her employees that other workers were returning the money, and that it would be like stealing to keep it, and when workers refused, “Godfrey became very upset,” said the complaint.

At least one worker returned the money the first time. In 2019, Godfrey allegedly told another worker to cash the check for the back wages and put the money in a white envelope, which the worker handed to Godfrey at a Dunkin Donuts.

As to the ongoing investigation, the department alleges that in September 2022, Godfrey asked employees to tell her if they were being contacted by investigators, told them they did not have to speak with them, asked employees to sign and backdate certain documents, altered at least one employment timesheet, and provided the inaccurate timesheets to the DOL.

After one cooperating worker resigned, Godfrey allegedly went to her worksite on Sept. 21. The worker called her new supervisor for assistance, the complaint said.

“I’m saddened that you decided to turn on me,” she allegedly texted that worker that day, and the next day emailed her to “please don’t say nasty things about me,” according to the complaint.

The DOL is charging that the company violated anti-retaliation and other provisions of the federal Fair Labor Standards Act, and is asking for punitive damages.