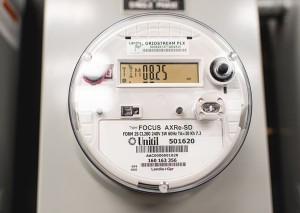 Unitil Corp. reported about $500,000 in earnings, or 3 cents a share, in the third quarter – an earnings report in which it mainly “decoupled” its profits by how much gas and electricity it sold in New Hampshire, according to financial filings with the U.S. Securities and Exchange Commission.

Utilities and their regulators are increasingly moving toward decoupling for several reasons. It smooths the effects of weather on the volume and price of energy on revenue from the company’s bottom line. Decoupling also removes the incentive to push more power at the expense of renewable alternatives and energy efficiency. Instead, the company’s rate of return is now aligned with meeting revenue targets.

Unitil already is using decoupling for its Fitchburg, Mass., operations, and the Hampton-based utility switched to it in its home state in the third quarter.

As of June 1, substantially all of the company’s annual electric sales have been decoupled, and as of Aug. 1, all of its Northern Utilities subsidiary’s gas volumes are subject to it. But decoupling isn’t required in Maine, so only 43 percent of its total annual gas sales volume are subject to decoupling.

The change may have helped the company during this off-season quarter.

Sales were relatively flat. Unitil only distributed 1 percent more electricity than the same quarter last year and less gas by 1.8 percent.  But energy prices drove revenue up by 10.2 percent for electricity and 1.9 percent for gas.

Year-to-date, electricity revenues have gone up 27 percent and gas 31.2 percent. Profits were nil in the third quarter of 2021, whereas now net income this year was about $500,000.

Unitil’s revenues will go up even more in the fourth quarter, thanks to a 77 percent rate increase approved Oct. 1 by the Public Utilities Commission that goes into effect Dec. 1.