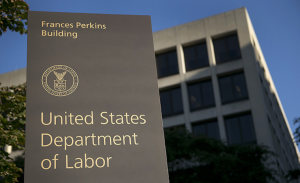 The U.S. Labor Department is proposing a new labor rule that could aimed at employee misclassification under the Fair Labor Standards Act and change the way it’s determined if workers are protected by federal employment laws, including the minimum wage and overtime pay.

The change is seen as being directed at Uber, Lyft, and DoorDash and other companies that use gig workers. But it also would affect those working in other industries, including home care, trucking, delivery services and hospitality, the Labor Department said.

The DOL is proposing to rescind a 2021 rule that was instituted in the waning days of the Trump administration. The proposal is aimed at two factors used in determining whether someone is an independent contractor — control over the work and opportunity for profit or loss—carried greater weight in determining the status of independent contractors.

Under the new proposed rule, employers would use a totality-of-the-circumstances analysis, in which all the factors do not have a predetermined weight. The proposed rule, announced by the U.S. Labor Department on Tuesday, would broaden the test the government uses to determine whether a worker is an employee or independent contractor. The test covers a range of factors, including whether the work is an integral part of the employer’s business, how much control the company has over the worker, and whether the worker has control over their own earnings.

The proposed rule also would clarify whether a worker is “economically dependent on the employer for work (and is thus an employee) or is in business for themself (and is thus an independent contractor),” according to a press release from the Labor Department.

“We have seen in many cases that employers misclassify their employees as independent contractors, particularly among our nation’s most vulnerable workers,” said Labor Secretary Marty Walsh in the release. “Misclassification deprives workers of their federal labor protections, including their right to be paid their full, legally earned wages.”

The new rule would repeal the 2021 Independent Contractor Rule, which narrowed the qualifications for employees.

Specifically, the proposed rule would: