Cites effects on competition in challenge to proposed rail merger 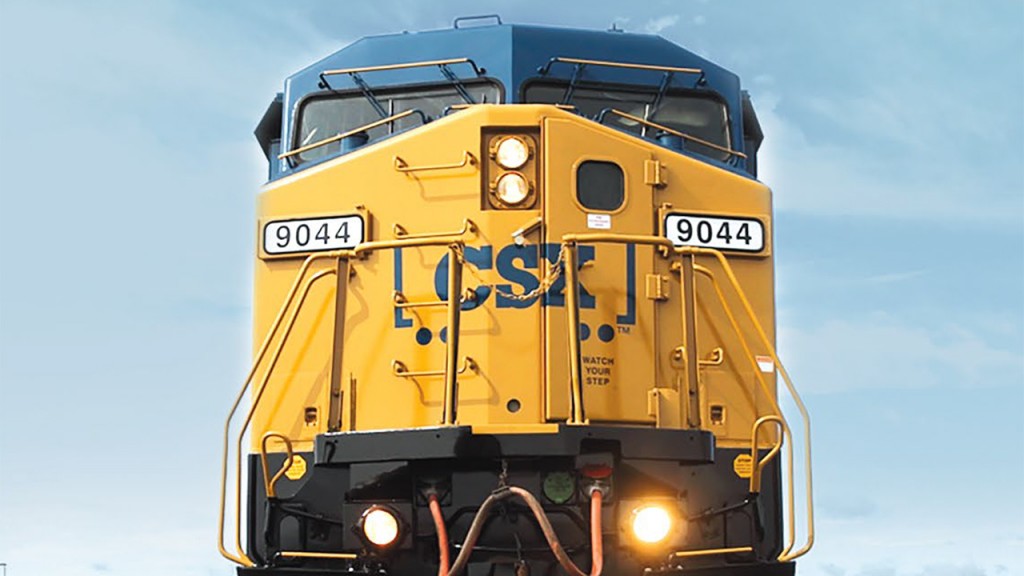 The U.S. Department of Justice has challenged CSX Transportation’s proposed acquisition of Pan Am Railways, contending that, as proposed, it threatens to diminish competition among freight carriers in New England.

The DOJ expressed its misgivings in an eight-page brief filed with the Surface Transportation Board, the federal regulatory agency considering the deal. The brief begins by reminding the board of President Biden’s executive order, which reads, “A fair, open, and competitive marketplace has long been a cornerstone of the American economy, while excessive market concentration threatens basic economic liberties, democratic accountability, and the welfare of workers, farmers, small businesses, startups, and consumers.”

The DOJ notes that CSX and Pan Am currently provide competing freight service on parallel tracks across Massachusetts. Pan Am Southern, a joint venture owned equally by Pan Am and Norfolk Southern Railway, operates on the Patriot Corridor between Albany, N.Y., and Ayer, Mass. To the south, CSX operates the New York line from Pittsfield through Springfield and Worcester to Framingham and Boston in Massachusetts. In acquiring Pan Am, CSX would gain control over operations along the “Patriot Corridor” along with a 50 percent stake in the rails themselves.

By acquiring Pan Am, CSX would gain control over both east-west lines across Massachusetts. To address this concern, CSX and NSR have agreed to lease operations on the “Patriot Corridor” to the Berkshire & Eastern Railroad, a subsidiary of Genesee & Wyoming Inc. And CSX would grant Norfolk Southern access to its track to the south, enabling it to run double-stack trains through Worcester to Ayer, skirting the Hoosac Tunnel on the “Patriot Corridor.”

But the DOJ was not persuaded. The said that, despite leasing the Patriot Corridor operations, CSX’s co-ownership of the rails would afford it excessive control, enabling it to interfere with the pricing and scheduling of traffic on the line.

The DOJ also says that the transaction also provides for Berkshire & Eastern to operate Pan Am’s service on the Knowledge Corridor between New Haven, Conn., White River Junction, Vt., and that also threatens competition on that line.

Finally, the DOJ noted that CSX’s arrangements to address competitive concerns are contractual and “at best a band-aid (that) can be breached, often without any recourse or remedy, and fail to maintain premerger competition.” The transaction, the department found, would displace the competitive relationship between CSX and Norfolk Southern with a “duopoly ripe for coordination and competitive harm.”

The DOJ suggests the STB could approve CXT’s acquisition of Pan Am and sustain a competitive freight market by requiring CSX to divest its 50 percent share in the Patriot Corridor – an arrangement that is contained in the proposed acquisition, which says that the two rail companies would consider such a sale within seven years of CSX’s acquisition of Pan Am.

Since CSX announced its intention to purchase Pan Am in December 2020, the proposed transaction has drawn growing support from commercial shippers and public officials in New England, including Gov. Chris Sununu and, most recently, House Majority Leader Jason Osborne of New Hampshire.

At the same time, the Surface Transportation Board, which must approve the transaction, has proceeded in fits and starts, as interests in both Massachusetts and Vermont have questioned and challenged aspects of the deal. In July, the board announced it expected to issue its final decision by April 1, 2022.