But both say cooperation with Laconia will be key to redevelopment 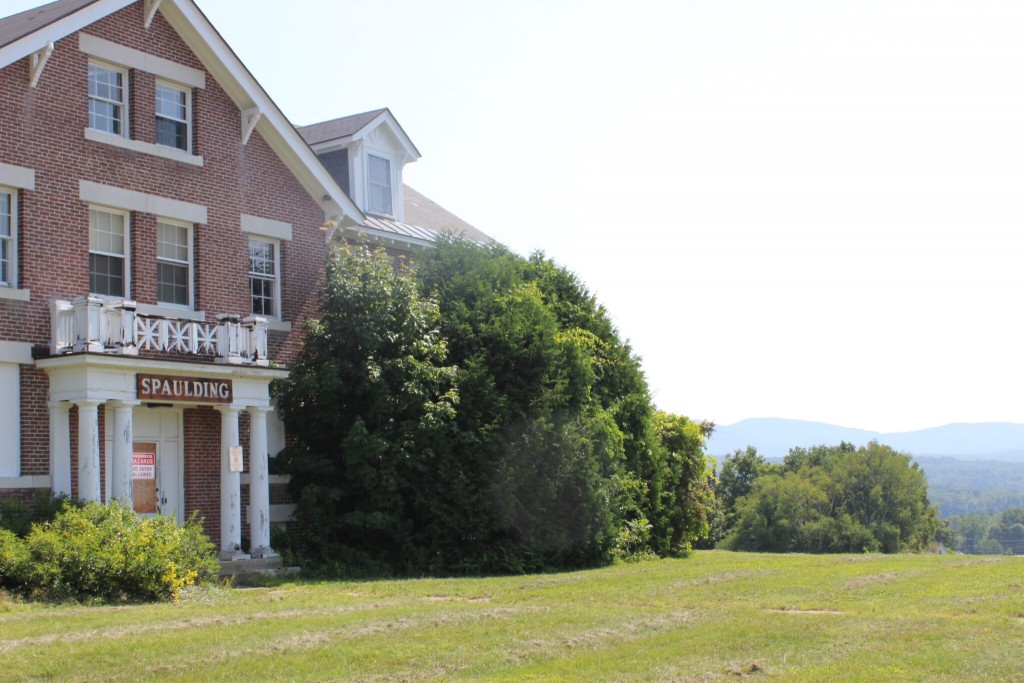 Two real estate brokers considering a state bid to market the 220-acre former Lakes Region Facility in Laconia Wednesday said they see great potential in the property – if the city is willing to cooperate with development plans.

Roger Dieker, senior vice president and managing broker of CBRE in Manchester, and H. Gregory Johnson, a broker with H.G. Johnson Real Estate in Keene, spent two hours walking the grounds, looking inside buildings and asking questions of Jared Nylund, who is managing the bidding process for the state Department of Administrative Services.

Bids are due Sept. 10, and Nyland said three other companies have expressed interest in partnering with the state to market the property for sale.

The state has tried for years to sell the land, which overlooks Lake Winnisquam, and at least once rejected a $2 million offer from the city. But state officials are hoping a recent law change will increase its chances of success: A piece of the budget trailer bill gave Gov. Chris Sununu the authority to sell the property without going through multiple layers of state review or offering the property first to Laconia, two steps required to sell other state “surplus” property. Sununu needs only the approval of at least three of the five members on the Executive Council.

The arrangement has concerned city officials, who fear the city’s interests will be disregarded. Mayor Andrew Hosmer is also worried a buyer could evict the state’s backup 911 call center and the Lakes Region Mutual Fire Aid Association, both of which are on the grounds.

The fire aid association provides emergency fire and EMS dispatch for 35 towns in the Lakes Region. Its chief, Jon Goldman, shares Hosmer’s concern. He said relocating the dispatch center would cost the 35 member towns, some of which have fewer than 1,000 people, $7 million to buy land and erect a new building with the necessary security and communication lines.

Mutual aid ‘riding on this’

On Tuesday, Goldman sent a letter to Sununu, executive councilors and all legislators whose districts include or touch Laconia inviting them to visit and see the role the association plays in the region.

“It’s not so much that I don’t want to have to move,” Goldman said Wednesday. “Everyone wants to build a new building. That would be cool. I just can’t afford it. The fate of the (mutual aid) district is riding on this.”

Goldman is hoping the fire aid association, the 911 call center, which is the only backup to the state’s main call center in Concord, and the state can reach an “equitable” agreement that allows them to stay or relocate without huge expense.

At least one of the potential bidders is open to keeping both agencies on the property. “I think it’s a benefit to the buyer,” Johnson said. “The state is a good tenant.”

Wednesday’s tour showed both the property’s best features – lake and mountain views – but also its problems. Few buildings appear salvageable and many likely contain asbestos. The animal sheds, dormitories, and maintenance shops that date back to the Laconia State School are either falling in on themselves or in considerable disrepair. And there would need to be considerable investment in infrastructure like water and sewer. “I think the property has a tremendous amount of potential,” Johnson said after the tour, adding that much will depend on those issues.

Like Johnson, Dieker said success will require “a lot” of cooperation among all stakeholders. If the city hopes to see the property redeveloped – and bring in property taxes – “now’s the chance for the city to take this seriously.”